After returning to the family partnership last fall to join his father, Robert, fourth-generation farmer Richard Tustian has taken some major initiatives.

They form part of the farm’s transition to a regenerative system to help it become more resilient.

He was initially self-employed, working on a number of different farms and eventually spent four years as a shepherd on the Blenheim estate.

This experience fed into the initiatives he brought to the family business:

“Our overall goal is to have the business going 30 years from now and have the opportunity for the next generation to continue it,” Mr. Tustian said.

Planning of pastures and fodder

Livestock is the basis of pasture and forage planning – the cropping system is designed according to their requirements. The main focus is to improve soil structure, microbiology and water holding capacity.

Cover crops have been planted on all of the cultivated area, which provides winter pasture.

The acreage is 200 ha (494 acres) and is a mixture of freehold and leased land. It consists of 40ha (99 hectares) of permanent pasture, 10ha (25 hectares) of herbaceous grassland and the remainder arable.

In addition, fertilizer requirements were significantly reduced to 30 kg N/ha in cereals and 50 kg N/ha in oilseeds.

He attributes this to livestock integration, efficient use of livestock manure and the introduction of cover and broken crops to help fix soil nutrients.

Mr Tustian bought 100 Dorset-cross sheep at the spring 2022 farm sale. The goal is to lamb them every September.

He chose Dorsets because they can lamb at any time of the year and are well suited to a forage-only diet.

He hopes the lambs will finish in the covered crops between February and April and be ready for sale in time for the Easter market, when prices usually rise.

It also means the lambs will be away before the summer when the workload for the sow is at its peak. The previous herd of North Country Mules was sold in August.

The Dorsets were dipped in mid-April and lambed outdoors in alfalfa and rape stubble in the first half of September.

Alfalfa was originally planted with buckwheat as a companion crop to minimize flea beetle damage during infestation.

It created an understory that lasted until harvest and provided good fodder: Dorset ewes were grazed on 6ha (15 acres) before lambing and another 20ha (50 acres) was used to finish some lambs.

Mr. Tustian herds three male Alpacas with sheep to protect them from foxes.

The flock achieved 201% lambing with 82 lambs from the initial 99 ewes. In order not to overwork, no ewe produced more than two lambs each.

During the scan, they found 17 empty ewes, all of which went into lambing in the second cycle. Mr Tustian believes they may have lost lambs after slaughter in the first week of June.

So he’s considering delaying shearing by four to six weeks or shearing earlier to avoid disturbing them in early pregnancy – but it can be difficult to mate ewes sheared to a ram.

This partly prompted him to buy 200 Echlan ewe lambs. They carry some genetics that mean they can cycle all year round and the plan is to mate them when they are 12 months old in April.

Mr Tustian explains: “Any ewes will join the Dorset flock and lambs in September, increasing the flock size.”

“The back-up plan is that non-lamb buyers can switch back to lamb in autumn 2024.” But by 2025, the goal is to have lambs born in the entire flock in September.

The sheep graze on 15-20 different types of herbage, most of which are legumes, plus some sedges. Weaned lambs from the previous Mule herd grazed the leys in April this year, followed by cattle.

The remaining barn lambs of the mule herd will now winter graze the rape stubble and remaining alfalfa before planting barley next spring.

In the meantime, sheep and lambs are grazed on temporary pastures and moved to vegetated pastures. It is moved every five days to allow the hedges to regenerate.

The goal is to remove all cattle from permanent pasture by the end of November, beginning of April. Instead, they will graze herbaceous grasses, winter cover crops, or cereals. 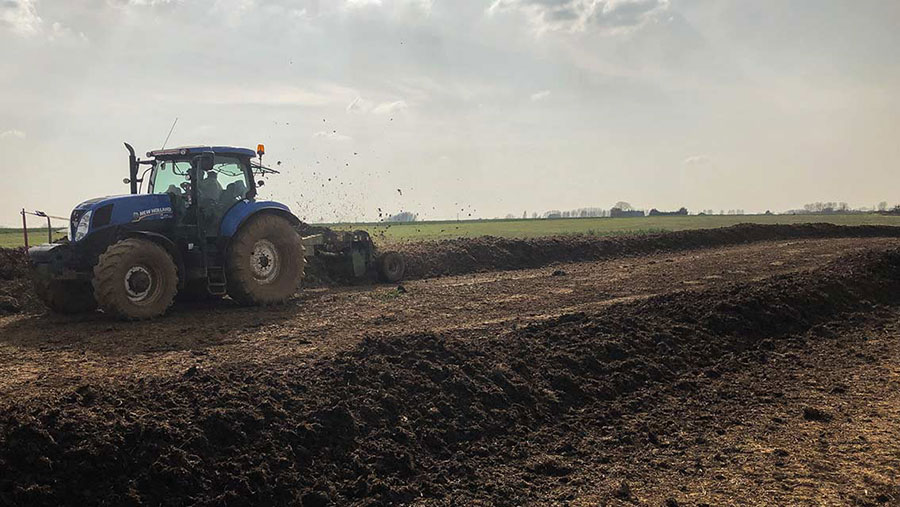 The ewes grazed this year were tested on barley in February and March. The grazed and non-grazed areas of the field were compared. Composted cattle manure was sprayed on the barley after the sheep moved out in April.

One plot received only compost, one was only grazed, another received compost and was grazed, and the latter received neither.

“Barley stood well when harvested in early July with no positive or negative effect of grazing on crop yield,” Mr Tustian said.

“However, it gives us additional options for grazing in February and allows the grasslands to get a good head start.” In addition, barley did not need growth regulators, fungicides or insecticides.

“Although barley yields are not particularly high, around 6-6.5 t/ha, the bottom line is that we have reduced inputs without adversely affecting barley yields.”

Mr. Tustian started tearing down the cattle sheds on January 1 this year and put the 0.4 ha (1 acre) in the grasslands.

He modified the mower conditioner to turn once a week for four weeks and added some wood chips to encourage fungal growth.

After three months it was ready to be applied to cereals, microbiological tests showed that it produced a compost dominated by fungi. This is good for soil development and function.

This allows initial decomposition of the sludge, although not complete composting.

There are currently 600 tons of compost in storage, some from other local farmers, which will be applied to all grains next spring. 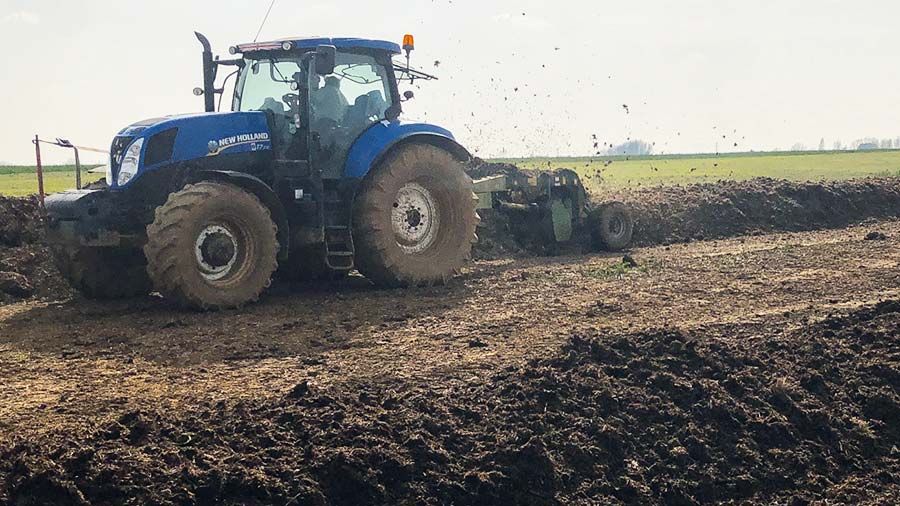 The next step is to change the breeds of the 20 dairy cows on the farm. They are successfully grazing on herbal storks this year with no mastitis problems.

The Tustians plan to breed them with their Simmental crosses to bring them one step closer to cattle breeds that are better suited to a grass-based system.