Father and son team, Marcus and Sam Hunt, have also offset higher energy costs this year with a 50kW wind turbine that produces 75% of the farm’s electricity.

It also allows them to meet Arla’s requirement for organic milk producers to state that 100% of their energy is renewable.

The remaining 25% comes from a renewable electricity provider.

See also: How to prepare for wind turbine planning issues

The duo, who share a farm with Marcus’ parents David and Daphne and wife Katrina, milk 80 three-way cross cows at Buckwell Lodge Farm, near Lutterworth.

Cows are grazed nine months of the year and milked by two Lely A5 robots.

The breeding cows developed in this system have been integral to their success.

They used to have Meuse Rhine Issel cows, but when they converted to robots they found the udders were too low.

Instead, they settled on a three-way crossing of Fleckvieh, Norwegian Red and Normandie.

“Fleckviehs gives us power and is dual purpose,” explains Marcus.

He adds that Normande calves are easy to feed and finish quickly. This is important given that they finish all the beef calves they produce.

Calves are usually heavily weaned for 14 weeks for older cows before weaning.

They feed on grass and fodder outdoors and are kept for only three months of the year during two winters.

In the last winter, they will be fed with 3 kg of concentrate per day and will reach 24 months.

When the Hunts bought their first robot in 2011, they started out of necessity with multiple milking calves.

“When we launched our first robot, we had 100 cows and we were milking 30 cows in the parlor, but the novelty soon wore off, so we tried multiple milking calves,” explains Marcus.

After four cows calve, those calves are put on one cow; After 14 weeks, it enters the milking herd again.

Although only two calves were treated for pneumonia at weaning last year, they are now trialling two-stage weaning using nose tags to reduce stress.

This will see the calf stay with the cow, but not be able to drink milk. Then after five days the cows will be removed.

Hunters are also taking more natural approaches when it comes to cow health.

They use a probiotic from Pruex in their watering holes to help replenish the beneficial bugs. This is also applied to the cabin beds and the product is sprayed on the cows’ feet when they leave the robot.

This dramatically reduced cell counts and allowed them to treat fewer cows with antibiotics at dry-off – 25% this year compared to 36.5% in 2021. 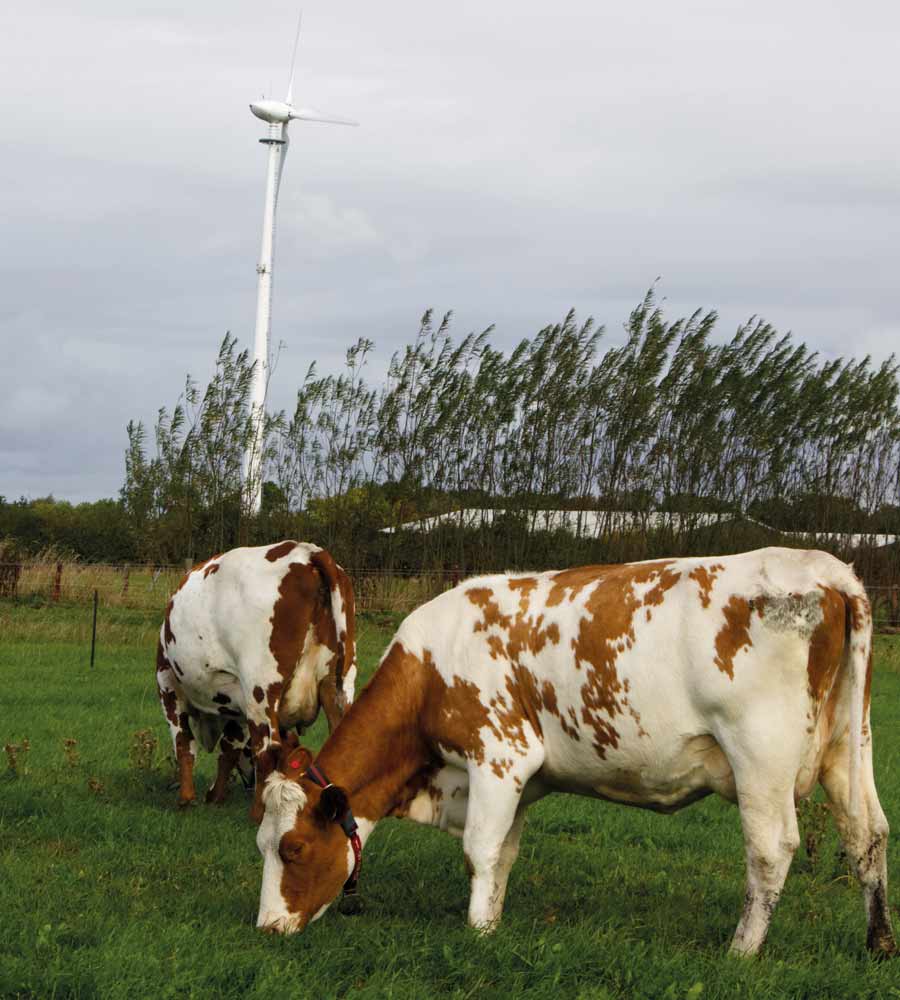 The cows visit the robots an average of three times a day, which he attributes to Marcus managing the ABC grazing system and keeping the cows and heifers separate.

In this system, pasture gates at the exit of the stalls provide the cows with a fresh bite of fresh pasture every eight hours.

Then, when the animals enter the barn to be milked, the cows and heifers are sent to different booths and robots.

This helped reduce violence and increase visits for heifers from 2.5 to 3.4.

They operate what Marcus calls a “wagon-wheel grazing system,” with paddocks fenced diagonally from a central road that houses a water trough. This means that less infrastructure is required.

They will also be cut and chipped in the coming years to fill the roads. Walnut trees are planted near the stables because they give off a pheromone that repels flies.

Hunters officially went organic over a year ago, but they say they’re all organic, but they call it much longer.

“We have not used nitrogen for 15 years. Instead, we use alfalfa to fix nitrogen,” says Marcus.

But recently they have started experimenting with herbal leeks. Now, about half of the 29 ha (72 acre) grazing platform is a mix of plants.

“We have become brown and naked [over summer]. “If we had a more vegetated lake, we’d be in a better place,” says Sam.

“The grass and alfalfa didn’t come back well, but the herbivores took off and kept coming.”

Since plant-based slurries work well, the Hunts plan to use more of them, along with peas and barley, to clean up the winter months and provide protein.

After installing the second robot inside the new cabin 18 months ago, they use sexed Norwegian Red sperm to bring the numbers up to 100.

They are also thinking about how to capture and store more renewable energy to become 100% energy self-sufficient.

The downside of a wind turbine is that on low wind days it does not meet the farm’s 25 kWh demand, and on high wind days there is no way to capture and store that energy ready for peak demand.

“We have to be able to smooth out the peaks and troughs to make the most of our energy,” admits Sam.

One company is currently testing battery storage at a site on the farm, and Hunts believes it could be a good addition to the wind turbine.