His focus is on thousands of unused rooftops and how they can be turned into green spaces that provide the perfect environment for bee breeding.

This vision led him to co-found the Sinsila Center for Urban Sustainability with his Jewish Israeli co-founder, social educator Liel Magen, who works at the Forum for Regional Think Tank (FORTH) think tank.

Nassar and Magen met five years ago when Magen was working in Jerusalem and looking for projects that could bring the Jewish and Arab communities together in lasting partnerships. They started with small learning programs and progressed to create task forces across the city.

The first step to building the project was made four years ago, when they began looking for a place that would engage the community and showcase what could be achieved on their own rooftops and backyards.

The empty terraces of East Jerusalem’s public Central Library seemed like the perfect choice and soon became a community garden with apiaries. Later, classrooms for teaching biodynamic beekeeping were created in the building.

Named after the natural stone walls that prevent soil erosion in the mountains where olives, grapes, almonds and seasonal crops are grown, Sinsila currently trains 115 women who each have at least two beehives.

The Jerusalem Women’s Beekeeping Cooperative rewards them for supplying honey. In return, the cooperative collects, manufactures, markets and sells pure honey and honey-based cosmetics and candles.

Nassar and Magen were the recipients of this year’s IIE Victor J. Goldberg Middle East Peace Prize. It is given annually to “recognize outstanding work by two individuals, one Arab and one Israeli, working together to advance the cause of peace. in the Middle East”.

Nassar, 38, who holds a degree in architecture from Bir Zeit University in Ramallah and a master’s degree in urban planning from the University of Stuttgart, says he prefers to discuss actions rather than ideals.

“When you look at the master plan of East Jerusalem, the challenges seem insurmountable. Here, every 10,000 residents have access to a green space within one kilometer of their homes. In West Jerusalem, 500 people fall on each green field. My goal is to take small steps at a time through deployment—which means finding neglected corners and making them happen.”

While living in Germany, Nassar first became aware of the growing popularity of rooftop beekeeping in cities.

When he returned to Jerusalem, where he spent his childhood in the Ras al Amud neighborhood and the Muslim quarter of the Old City in a family of 10 children, Nassar became convinced that this idea could be used as a tool for economic development. communities together.

He contacted Yossi Aud, a biodynamic beekeeping expert who had been running courses for years through Muslala, a nonprofit organization formed by artists, residents, and community activists from the Musara neighborhood in west and east Jerusalem. 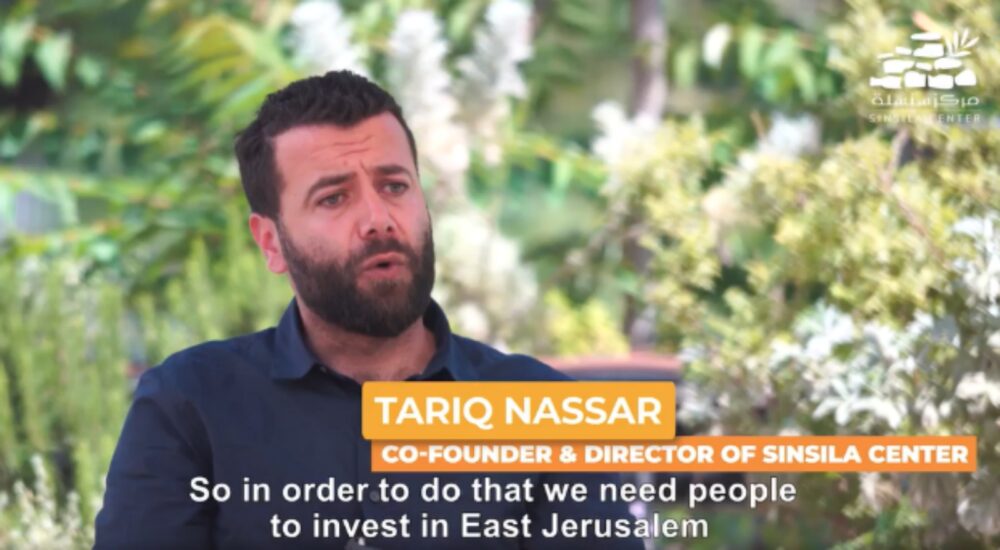 Screenshot of Tareq Nassar of the Sinsila Center

Beekeeping is not a traditional occupation in Palestinian homes. But, Nassar notes, “the rooftop was once an important part of family life, especially as a cool place to relax on hot summer nights.”

With unemployment for women in East Jerusalem at around 80 percent, she was sure the idea of ​​earning an income without having to leave their homes would be a huge boost.

“The women were desperate to find a source of income and selling the bees is an easy proposition. They don’t require much maintenance, about an hour every week. A small wooden hive can yield 40-50 kilograms [88-110 lbs.] points per year. Bees work almost all year round and during the day, except for winter. At the start of the program in 2018, Nassar produced a colorful flyer and distributed it throughout East Jerusalem. Although many women later admitted that their husbands were initially unsupportive, mainly because they were afraid of bee stings, more than 100 women applied for the pilot project, of which 15 were selected.

“Every evening for two months, we took beehives to houses all over East Jerusalem. We could only fit three hives in our car at the same time,” says Nassar. 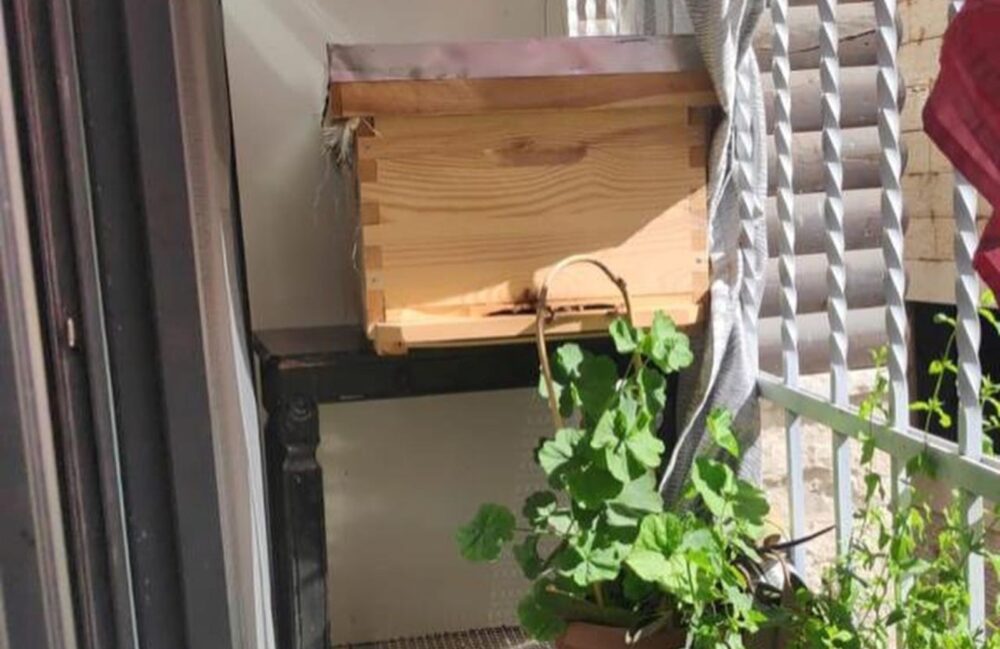 “We saw many roofs without even a single chair or plant on them. Now we get photos of families enjoying being together on the roof and husbands helping their wives too. “We are not only changing roofs, but also empowering women economically and improving family life.”

Meanwhile, the Sinsila Teahouse has become a real community hub, with a language exchange program, guitar lessons and even a permaculture course.

“Working with Tareq has been a great inspiration,” Maghen said. “He is dedicated to his work and puts all his efforts into this great cause to support the community. Working with him taught me to put the needs of the local community and the voice of my Palestinian partner at the center of the work.

A similar initiative is now underway in the Abu Tor neighborhood in east Jerusalem, with the addition of a carpentry workshop to make wooden beehives.

Nassar, who has studied and worked in Europe, North Africa, the United States and the Middle East (including congested, dirty and densely populated Cairo), says that while parallels and inspiration can be found around the world, it’s important to look at them. each community individually and do not simply apply “copy and paste”.

Nassar, who lives in the northeast Jerusalem neighborhood of Beit Hanina with his wife and children, aged two and six, is more convinced than ever that what his city needs is “action rather than hope.” Hope will follow action.”

Sinsila is proof of his philosophy.

Click here for more information and to book a tour of the Sinsila Center.