Jerry and Cora Johnston are pictured on their dairy farm in Floodwood. Photo: Marlise Riffel.

FLOODWOOD – I’m witnessing a huge dream come true, and it’s been a long process. Jerry and Cora Johnston Floodwood had a small dairy farm with pastured, grass-fed dairy cows and a unique cheese license in St. Louis County. Jerry moved the 27-head herd four times each day and brought them in for milking twice a day. Cora made cheese: aged Gouda and Farmhouse Cheddar in flavors like tomato basil and garden. They carefully selected bulls to produce dairy cows that could milk on grass and withstand Minnesota winters. And then they got a call that changed everything.

Dahl’s Sunrise Dairy was going out of business and looking for a farmer to buy the bottling plant. Jerry and Cora prayed about it and decided to go ahead. This meant moving to a larger farm, securing funding to build a large facility, and painstakingly dismantling, transporting and reassembling every piece of machinery from Babbitt to Floodwood. It’s all there now, including the massive fat blend. They have taken out loans and are selling cows to make ends meet in a process that takes years. The dream is to rebuild the herd and reapply for the cheese license and permits needed to run the bottling plant on this 200-acre farm. 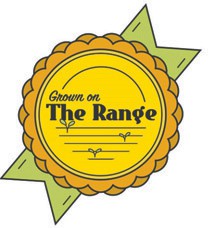 Temporarily, Johnston’s Riverview Farm milk is produced organically by Crystal Ball Farms in Osceola, Wis. I love the name crystal ball; it represents the vision the Johnstons have of their dreams. Twice a week, Jerry picks up the empty bottles at the 19 locations that sell his milk, drives them to Osceola, and picks up the truck to bring back and deliver. They would like to do home delivery, but that will be around the time the local plant is up and running. If all goes well, that future is hopefully 2023.

The 102-by-40-foot building is complete with a loading area and walk-in coolers, glass washroom and milk processing suite. They plan to make cheese, extra milk and butter again. Johnston’s Riverview Farm milk is not homogenized, meaning there is cream on top of every bottle. Customers sometimes think the milk is bad and call to check. But you just need to shake unhomogenized milk. Homogenization is an additional processing step that requires a lot of extra energy to break the cream into droplets small enough to stay suspended in the milk.

The dream includes a herd of about 60 dairy cows and several bulls to crossbreed for desirable traits such as good milk production on grass and weather tolerance. As on their former farm, the cows will not receive antibiotics or growth hormones, but they will still get plenty of grass and fresh air, with fresh pastures four times a day. Johnstons will bottle and deliver their milk, cream, butter and cheese once a day. I will stand in line especially for that cheese! Hopefully they will be able to sell at local farmers markets as well.

The Johnstons have framed their dreams according to their values. Their website describes the family this way: “We have a passion for simple living and growing our own food. We homeschool our five children, which allows them to help with the farm and be a part of our family business. Our long-term goal is to get our main income from our family farm.”

Of course, there is another way to deal with milk: total confinement and zero grazing. Research Fellow in International Dairy Production at QUB (Queens University Belfast) Global Food Institute ‘grazing systems versus total confinement: what does the science say?’ solved the question. And science says it depends. Each system has advantages and disadvantages. Full confinement gives the farmer complete control over nutrition, weather and livestock. It can produce higher levels of milk. It is more expensive than pasture, but these costs can be reduced somewhat by increasing herd sizes. On the other hand, grass is the cheapest forage available, and according to recent studies, lameness, mastitis, mortality and aggression have been reduced in pastured cows. They offer increased comfort/lying behavior, increased productivity, improved milk composition and less impact on the environment.

Journal of Dairy Science In 2002, he published a paper comparing confinement and pasture systems, measuring milk production and economic measures. They also compared two breeds of cows, Jerseys and Holsteins, which complicates the results somewhat. But here’s what they say straight from the study: “In this four-year seasonal calving study, pasture-fed cows produced less milk, had lower feed costs, and had lower slaughter costs than cage-fed cows.

The forms yield less milk, have a higher protein and fat percentage, and have lower slaughter costs

Overall, there was no significant difference in return on feed costs between board-fed and pasture-fed cows. Holsteins had more milk income than feed costs

Forms. Other factors such as manure management, labor and some investment are predicted to favor a pasture-based feeding system, but the land needed for forage production may be less in a confinement system. Although many factors contribute to the economic success of dairy farms, the results of the current study indicate that pasture-based dairying can potentially be an economically competitive management system.” (White, et al, “Milk Production and Economic Measures in Stocking and Grazing Systems Using Seasonally Calved Holstein and Jersey Cows,” Journal of Dairy Science, 85:96-104, 2002)

These studies come from the perspective of the farmer. But what about consumers of dairy products? Well, there are studies on that. New Zealand Veterinary Medicine Journal “Evaluating whether dairy cow welfare is better than pasture-based management systems.” Twenty-first century consumers are concerned about the conditions under which the animals that provide their food are kept. Vegetarians and vegans, of course, reject all animal use. But for carnivores, animal welfare is a key factor. This study acknowledges the current reality of dairy farming: both systems are heterogeneous and constantly evolving. Some confinement operations allow cows to graze periodically. Some grazing operations provide winter shelter and supplemental hay crops during the winter, especially in northern Minnesota. There may be an “optimal system” between total confinement and total grazing [which] giving cows an element of choice between both environments”.

But labeling can be confusing for consumers. Is there a difference between grass-fed and pasture-raised? Yes I have. A grass-fed animal determines what it eats. Grazing determines where they eat it. Some consumers choose on this basis. In northern Minnesota, with its brutal winters, these options are real. You cannot allow animals to graze on fresh grass in the snow. Thus, grazing farmers must supplement hay harvested according to their standards from outside. Farmers using confinement methods must also purchase feed, and consumers may ask if the dairy cow is fed grass/silk (leaves and stems of corn, wheat, and oats) or something else. It’s really a choice of values. Consumers are increasingly making food choices based on their values, IF they have the opportunity to make those choices. And this is the subject of another article!

For the Johnstons, the dream is clear and the hard work continues. But the result will be a dairy farm unique to our area and local cheese! I wish them well!

Marlise Riffel lives in Virginia, but she grew up in Illinois with farming relatives. He is a board member of the Iron Range Partnership for Sustainability.

Johnstons Riverview Farm milk is available across the range at: