This week Suckler Focus, This is Farming, talking to Eugene O’Neill. He discusses farming with father and son, targeting €1,000+ for weanlings using fixed-time AI and the future of Irish dairy farming.

At Ardrahan, Castletaylor, in the heart of the Burren lowlands, County Galway, Eugene O’Neill, his younger son Killian and his father Michael, on a 50-hectare farm divided into four separate blocks.

He works full-time on the farm, which has been home to dairy cows and sheep since the mid-1970s.

They currently run a herd of 20 cows, split between pedigree Limousin and Limousin-cross cows and 35 Suffolk-cross ewes, which they breed for a Suffolk ram.

In 2008, they established a Limousin breeding herd under the Tonroe prefix. His creation resulted from the purchase of a female with a walking bull calf from the Roan herd at the Irish Limousin Cattle Society sale at Gort Mart.

“We went to look and there was a cow in the sale with a bull calf at foot and we took a shine to them and to be honest, interest in the Limousin breed grew after that purchase,” said Eugene. This is Farming.

The family built their herd from here, purchased daughter heifers from various Northwest Limousin heifer sales, and purchased private heifers as they preferred to see the dam.

Their preferred Limousin is a pedigree female, well conformed and able to produce calves every year.

“I think the advantages of the Limousin breed are that the cows are productive, milky and docile, the calves are born small, lively and hardy, and they’re what you want when you’re a part-time farmer.”

The farm focuses on breeding easy calving, productive and docile animals and uses an AI program for all breeding females and commercial heifers.

If they don’t observe natural heat, they use fixed-time AI software, usually doing one or two rounds of AI.

They generally achieve a 70% conception rate by the first service and scan cows five weeks after AI.

“I think there’s a good genetic pool, especially with some new French sires.”

When choosing a bull, they focus on easy calving and docility – these are “important” traits for Eugene’s off-farm employment.

They calve commercial cows indoors in the spring, breeding heifers outdoors in August/September, and heifers calve between 24-30 months.

The herd’s calving interval is below the national average at about 355 days, the family said.

They believe that “if your cow doesn’t calve every 12 months, you’re wasting money.” In addition, they purchase replacement ewes for their lambs indoors in February. 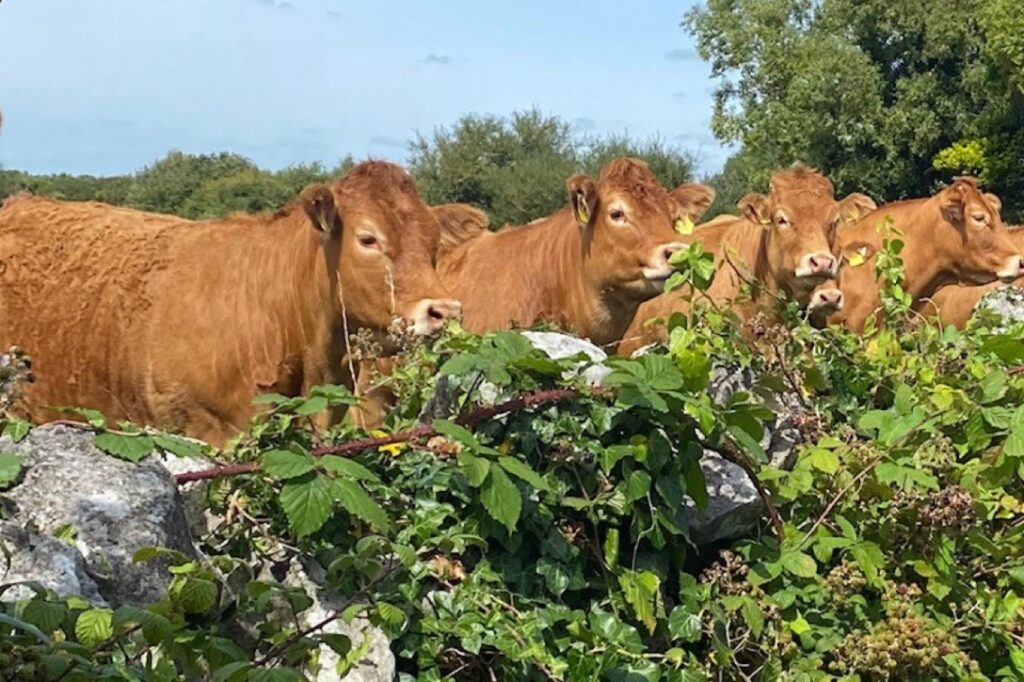 The family keeps the “best” breeding females, keeps their breeding herd young and sells breeding bulls suitable for breeding on the farm through digital media and word of mouth.

“I would like you to note that all breeding bulls for sale are fertility tested, giving the seller and buyer great peace of mind.”

On the other hand, they sell breeding bulls and non-breeding heifers in the “Gort Mart” along with commodity slaughter.

“I hope to win €1,000 for the weaning but it depends on the night; sometimes we do better, sometimes not.”

“The weanlings are fed on creeps for several weeks prior to weaning and then sold.”

“The goal is for the cows and grass to put more of their weight on at weaning, so that the lighter weaners will last longer.”

They have a strict culling policy and sell cows with poor calving ability, lack of milk or poor fertility to Afenri Mart.

In addition, they sell lamb in the same market at the beginning of summer with a target weight of 44 kg.

They manage their pastures in a paddock-based system using three groups: fall calves, spring calves and the male progeny in their dams.

They divide the fields using electric fences and set aside a week’s supply of fresh hay at a time to reduce the burden of farm work during the week.

The farm uses sheep to clear the meadows after the cattle, which in their experience works “very well” and helps the farm’s soil fertility.

Looking ahead, they plan to implement a reseeding program on the farm over the next two years to grow more grass. 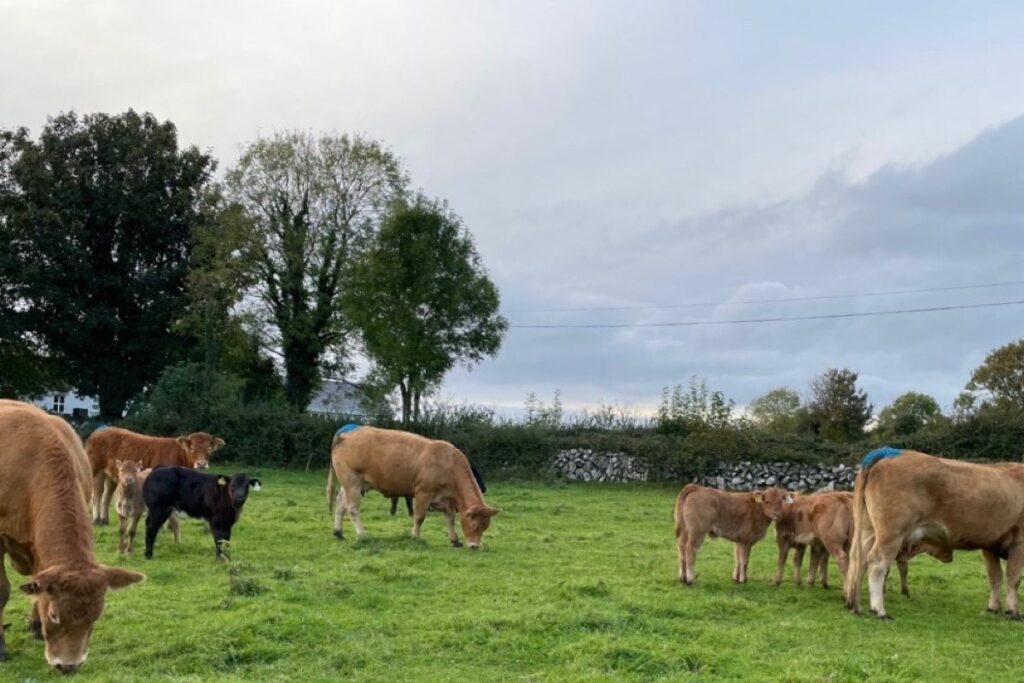 Plans and future of dairy farming

To be successful in breeding, members of the Irish Limousin Society believe that knowing your customers’ needs and breeding what they require is “essential”.

“My advice to young breeders starting out is to have a clear idea of ​​the breed you want and buy the best breed you can afford.”

They plan to continue with current cow numbers, focus on herd productivity, carry out ET work and place an increased “focus” on soil fertility, which they hope will eventually produce hay at “minimal” costs.

“I would say that the future of the dairy farmer is based on quality, not quantity.”

“I think, to be honest, it will be interesting to see where the milk cow ends up in the next 5-10 years.”

“I think the dairy cow is an important part of the rural economy and helps support a lot of local businesses,” said the Limousin breeder.