In a dry county – Old Hall Farm receives just 620mm of annual rainfall in a ‘normal’ year – with a dairy herd of just 25, it’s certainly a bold move.

But the couple said a milk deal with a processor was never in the cards. Instead, they set up a full pasture-fed, calf dairy where all the milk is sold directly.

Previously, the farm had 400 breeding chickens and produced 10-12 thousand pigs per year.

Hay from the field was used to sleep the pigs in a partially layered system and the rations were mixed on the farm.

When an outbreak of Actinobacillus pleuropneumonia led to the complete destruction of the herd, the Mayhews again decided they could not justify the investment required to keep the stock.

Instead, they switched to a bed-and-breakfast arrangement.

But because of the variability of the quality of cattle coming to the farm and no way to control it, the experiment “cured the desire to keep pigs on that scale.”

Their trip to the dairy was not planned. It started when they returned from a holiday in Scotland with a Jersey cow. They started milking it and set up an honesty box for selling raw milk.

Demand was strong, so they bought a few cows and then a few more… and by Christmas they’ll be milking 45 cows.

“We learned how to milk from YouTube,” said Mrs Mayhew, who replaced the portable milker with a four-sided parlor when the number of cows reached 25.

The plan is to upgrade this to a six-rear model when it reaches 50 cows.

Building a cow with a calf

Cows are milked once a day, in the morning. The couple chose to build a cow with a calf to avoid the work of the conventional “dipping” system.

“We found there was no difference in productivity during the first six to eight weeks of calving,” he said.

“We don’t have a hard and fast system, but as a guide we start night weaning at around three months of age and the calves go back with their mothers after the morning milking.

“They [fully] they are weaned at seven to nine months, in a group.”

After weaning, the young are grazed by the crowd and those destined for slaughter are finished in about 30 months, depending on the breed of bull used. 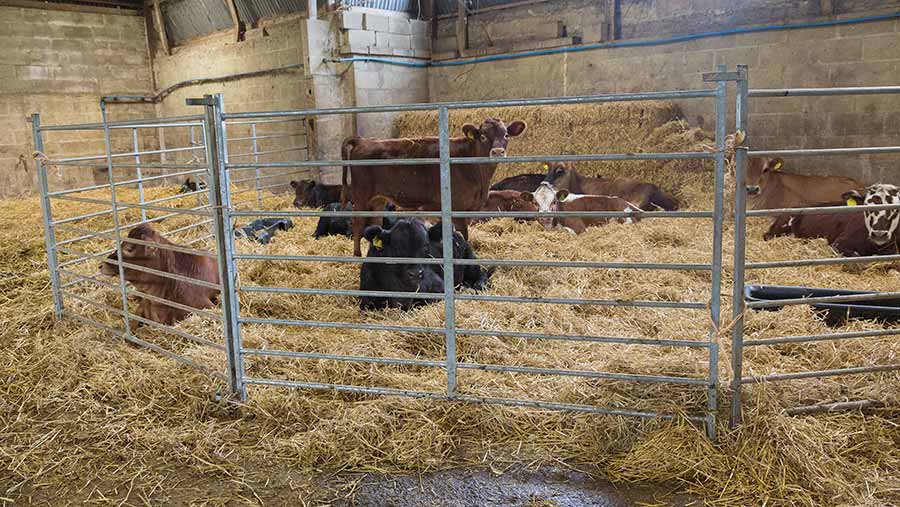 The farm’s cow-in-calf system lengthens the calving interval — which most consider a significant drawback — and the Mayhews had trouble accepting it at first.

However, after taking a holistic management course in regenerative farming, they say they are more accepting when changes need to be made to meet their business goals.

“The idea is to be very clear about what you’re trying to achieve – which for us is to have healthy milk, calves, cows and customers – and look at everything in that context,” says Mr Mayhew.

Calving interval is an example, he says. They assumed that they would have to return the cows to calves as quickly as possible, but when they questioned that assumption, they began to develop new answers.

“While cows are still lactating, fewer of them return to calve, and once they return to calve, productivity begins to decline. “Understanding that takes the pressure off everyone,” he says.

“I felt terrible pressure at the start to get cows back to calf at 56 days, but we found that the longer cows and calves stayed together before weaning, the more milk they produced,” adds Ms Mayhew.

The main thing is to admit that the decisions made may not be right, to look for signs that they are not working and to be able to adapt. They try so that the perfect is not the enemy of the good. 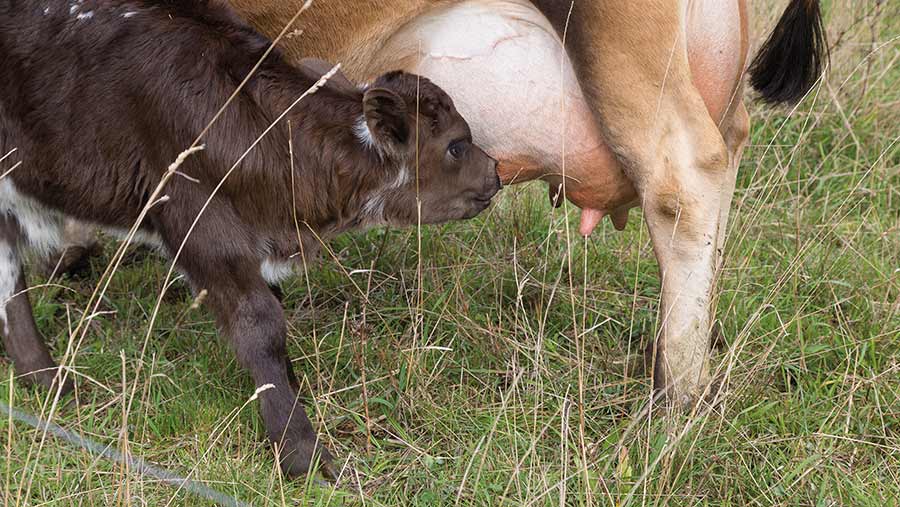 Old Hall now has a farm shop, cafe and food processing facility as well as a dairy. Raw milk from the farm retails at £2 per liter and there is a waiting list for online delivery.

“When cows are fed 100% pasture, the nutrient density of milk increases fivefold,” says Ms Mayhew. “Our customers prioritize their income over healthy food.”

Currently, of the 1,400-1,500 liters produced per week, 300 liters go to deliveries and farmers’ markets, 100 liters and more are sold through cafes and farm shops, and the rest is sold as cream, butter, yoghurt, ice cream, ghee, cream cheese and crème fraîche.

“In a typical system, fed with catch and concentrates, the daily yield is, say, 25 liters a day,” says Mr Mayhew.

“You can take a third off for a pasture-fed system – we only feed grass nuts in the parlor – and then you can add a bit from keeping cows and calves together, so we budget 10 liters a day per cow during lactation. .

“But this year, due to the heat, he drinks more than 8-9 liters of water a day.”

As the herd grew, the acreage in the farm decreased. Initially, the fields were planted with mixtures of perennial rye and alfalfa.

Then, in 2019, the entire farm was transferred to the Directorate of Agriculture (CS) and GS4 herbal ley mixes were scratched into the existing sticks.

“The cold, wet winter and hot, dry summer made it very difficult to establish the vegetated lakes and we had to replant most of them in 2020,” says Mr Mayhew.

“And even though they’re not as good this year in terms of volume, there’s still fresh, green food every day.”

Payments under CS provided a valuable buffer and bought the Mayhews time to work through major changes on the farm.

“Our contract has been extended for another five years and we currently have no costs to build GS4,” said Mr Mayhew.

“It’s a bit like organic conversion – you don’t expect to make an immediate profit. But if you take the mortgage debt, the business becomes profitable.”

Mob-grazing was established by dividing the grazing platform into 60 paddocks with a rest interval of 59 days to ensure daily movement of cows.

This year, additional hay and straw were bought from the locals to increase the feed supply.

“Forage yields are still not as good as they could be,” says Ms Mayhew. “But we’re thrilled with how things have turned out over three years with comprehensive management and improvements to the land.”