As part of this week beef segment, This farming, Drystock Pasture Farmer of 2021 talks to Aidan Maguire. He discusses his new business, from suckler and ewes to rearing 140+ calves, pasture management, factory bonuses and reseeding.

Twenty-three years ago, Aidan Maguire disbanded his suckling herd of 14 cows and set up a dairy-beef operation on 160 hectares (more than 112 hectares), including 35 hectares of woodland, selling up to 300 hens a month.

He used the savings from his nine-year job at Navan Post Office to fund the purchase of calves at markets/farms, but initially “worked hard for very little income”, bringing them to shops and selling them through the market.

A native and graduate of Warrenstown Agricultural College, Navan, County Meath grew up on a mixed farm and previously raised 200 ewes alongside suckers.

“I believe there wasn’t much money in the milk cows. I was raising Charolais calves from Hereford-cross cows, but I wasn’t in the competition in terms of income. said Aidan, Drystock Grassland Farmer of 2021 This is Farming.

Normally, he finishes 40% of the cattle off grass, but this year due to grass availability/drought, only 25 went straight to the factory off grass.

He sends these mainly to Foyle Meats Donegal for slaughter through the Emerald Isle Beef Producers group (EIBP), of which he has been a member since 2019.

It provides a 20c quality assurance bonus and an additional 10c/kg for cattle over 300kg.

“I think it suits a Holstein Friesian type animal because it’s not difficult to get them over 300kg and so you get an extra 10c/kg.”

He selects his cattle for slaughter based on biweekly weigh-ins and their readiness to respond to concentrates.

“They are not necessarily selected because they weigh 600 kg. Because they are able to develop and start throwing meat from the grass. 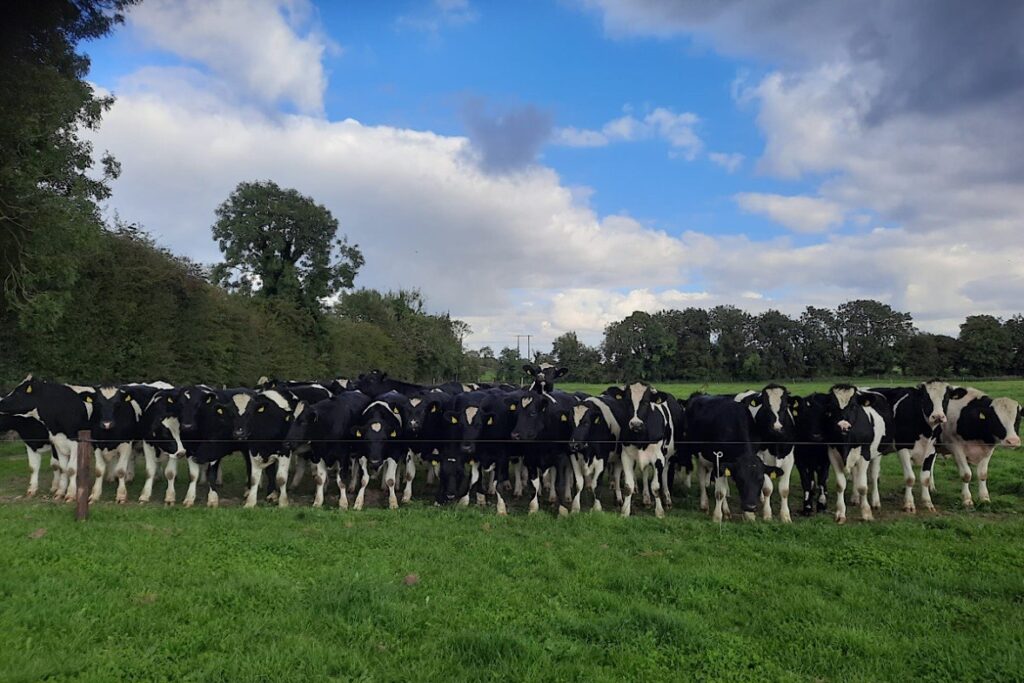 However, he said he prefers fall-born Belgian Blues because they “finish quickly” in their second year of grass.

“Farmers are happy to deal with me, and I am satisfied with the quality of cattle I buy from them.”

“The Jersey-cross effect is very small. It has only crawled in the last year and is only in a small number of calves.”

Quality assured, the farm has a selection of Angus-cross, Hereford-cross and Friesian-cross – bulls and heifers.

“When my pens are full I leave no calf after me; I stop buying.”

“For example, I pay a set price for Friesian cross bulls, Angus cross bulls and heifers, Hereford cross heifers and bulls that are the same price for both.” 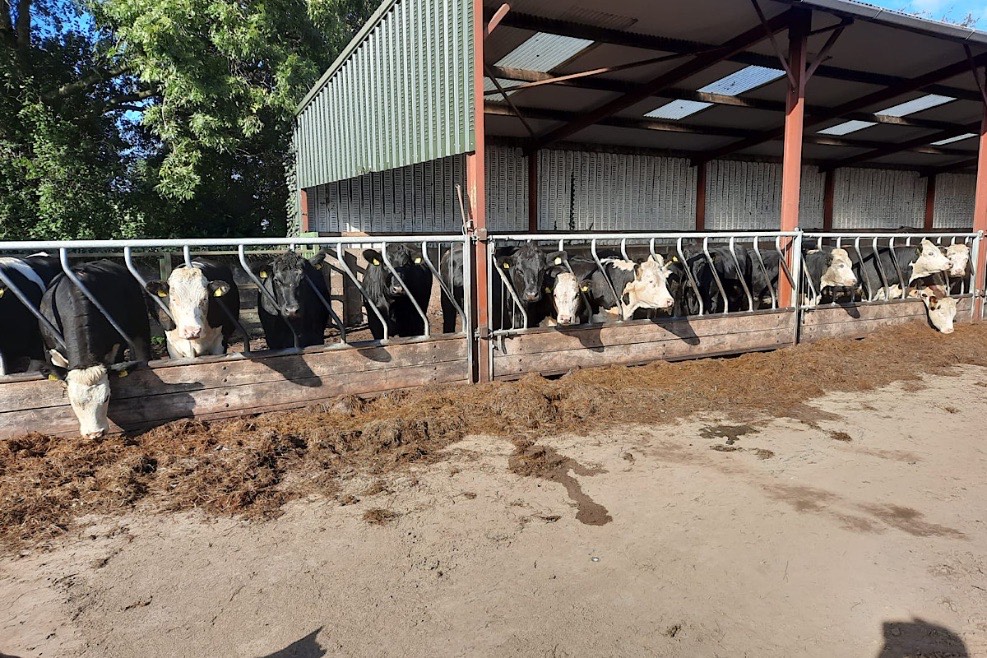 He feeds 5kg of beef nuts for up to eight weeks, which is less than about 600kg/head of veal for life.

He manages each animal to ensure it is factory-ready and sends them to slaughter in batches of 10 and 25.

A County Meath farmer has access to a five-tiered unit, one of a five-pass storage facility, built after entering into the new facility through a bank loan for its slurry storage capacity.

He uses a milk cart once a day (3.0-3.5 liters) of milk powder per head and 25 kg of milk per head for ten weeks, then 2 kg of concentrate, followed by nuts at week 6, the herd health plan performs.

He often thought about twice-daily feeding when he felt the calves weren’t improving, and increased the quality of the milk replacer instead.

The Meath farmer added that calves at weaning weighed almost as much as calves fed twice daily (TAD), but ate more concentrate.

Other feeds include hay (for bedding and dietary requirements, making 200 bales per year, which he uses for calves, cattle and chickens. 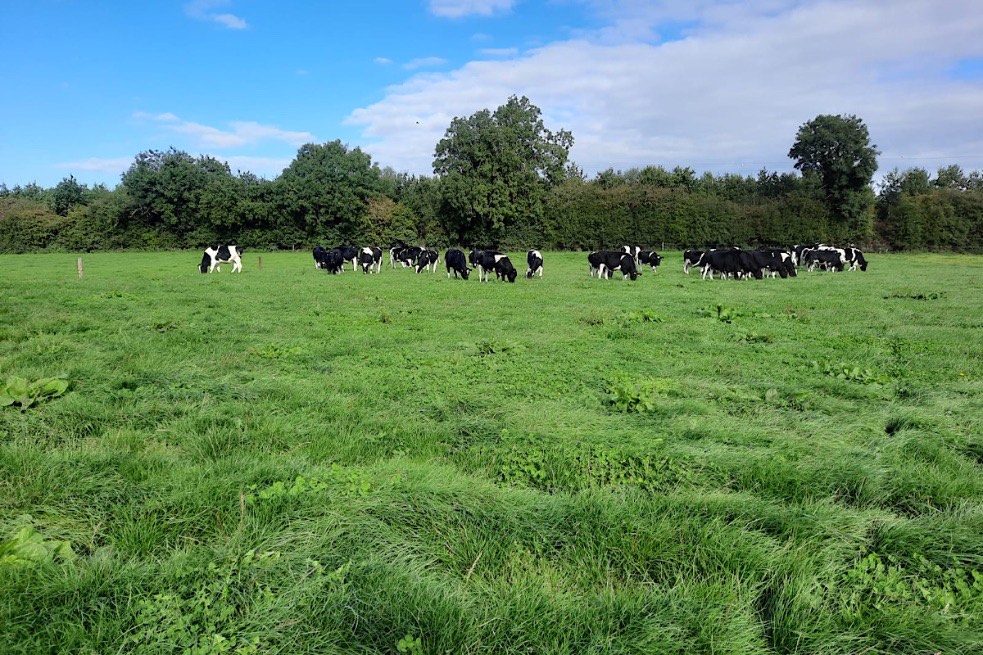 Entering into partnership and managing pastures

Aidan’s son enters into a farm partnership with Luke, a shopkeeper at Tirlan Co-operative Society Limited.

However, the son hopes to continue in the role until father-son has two incomes.

“I’m 58, going on 59, so I want to farm while I can still help my son. I want to give him confidence to move forward in the future.”

Aidan, who joined the Grass10 campaign (2019-2021) and is a homestead farmer, described measuring grass as ‘turning the farm around’.

Therefore, it has a high stocking ratio – sometimes with a grazing platform at home of 3.3 LU/HA.

The Meath farmer had to withdraw this year as he reached the 170kg N limit but “marks all the required criteria and the process is fairly straightforward”.

“Grass10 has been fantastic and measuring grass has been the reason for profit from dry stock because it takes the big risks and highs and lows out of the grass and its crop.”

According to Aidan, since joining the Dairy Beef 500 and managing the pastures he has been making a very “decent” return of +800€/ha today to €28/ha before the (BPS) Basic Payment Scheme in 2018 .

“They put me on the path to profitability. We created a plan and followed it, and within two years I was making money.”

Aidan says Grass 10 has shown him how to manage his grass “best”, laying paths through paddocks and making his system “very ‘simple'”.

He added that as an agricultural contractor, owning his equipment benefits him in pasture management.

This allows him to know which fields the cattle are going to next and if they are coming in with the right covers and the right pasture residue. 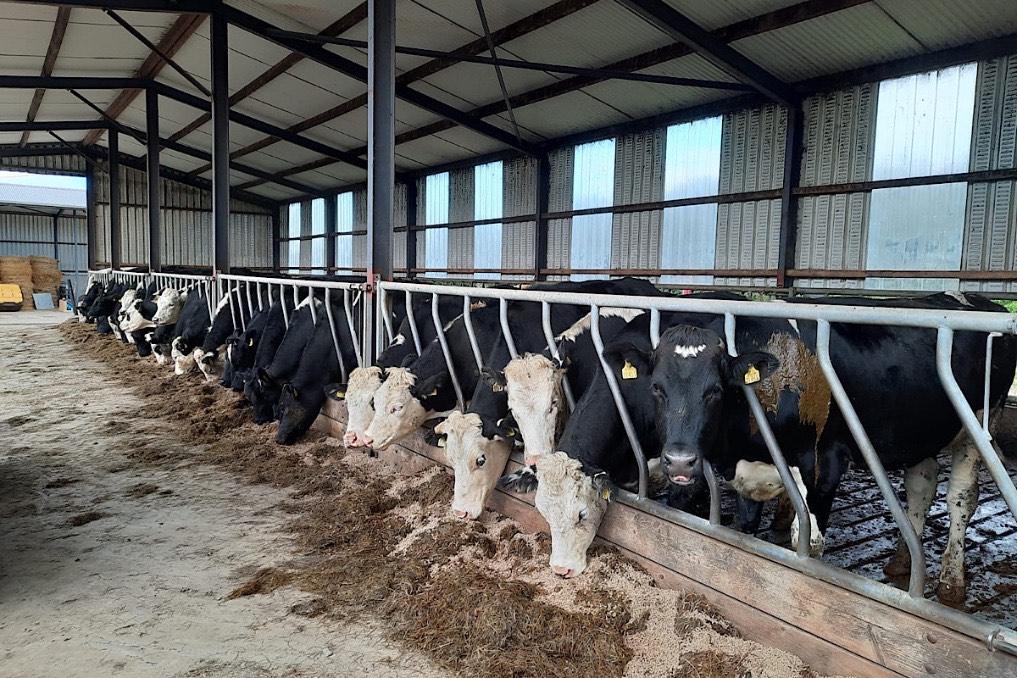 By 2021, Aidan had not reseeded for 17 years until 5 hectares of red clover were planted last year and 5 hectares (house block) and 7 hectares (off farm) this year.

An agricultural contractor plans to plant 10 acres of red clover (which will have 1.5 kg of white clover) next spring and may prefer multi-species in the future.

“Honestly, it doesn’t cost me money; “The only thing I put on red clover is cuttings after I plant it.”

Aidan feels the most important thing to do is to weed the red clover six weeks after planting.

He takes three cuts of silage (baya) from the field and puts the calves on pasture at the end of January to bring them down from 500kg/ha to 700kg/ha in the summer.

Then he places them on November 13, depending on weather conditions and grass growth.

Aidan observed that his cattle were “very happy” on the pastures and only ate half the feed when housed full time.

“I spread 2,500 gallons of slurry/acre (via a Low Emission Slurry Spreading dribble bar) after each cut.”

“It almost ends up being cheap that I only have to hold my cuttings for my red clover lawns.”

He uses different grass varieties to financially reduce the use of chemical fertilizers, citing that the quality of the silage is “better” because he thinks it is “right”. 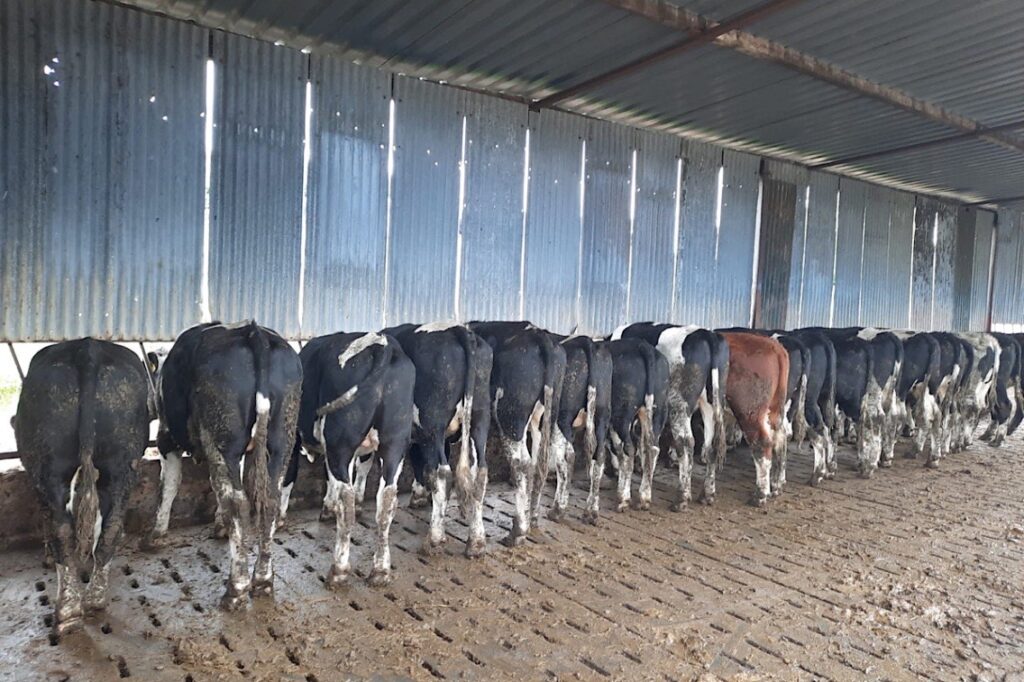 The future of dry farming

Aidan has no plans to increase calf numbers and says his herd is three times the national herd at 1500kg, the national average is 475-500kg.

He said as farmers, we always want more money for beef, but I feel like just as you think you’re getting close to it, it gets to a stage where there’s a tunnel that might have a light at the end of it.”

“Factories raised prices again last week. “Supply and demand will always determine what the price is.”

“That’s regardless of the beef shortage or news that cattle numbers are lower this year than last year.”

“In my opinion, if the factories need it, they will always pay for it, if they don’t, they won’t. That’s why I don’t feel the importance of my opinion about factory prices or factories.”

He added that “the power to reinvest in beef farming is so weak that it’s not far from manual, if not manual.”

“I think we need open, clear contracts where I can agree with the factories to produce Grade O cattle at €5.00/kg for up to 30 months. It would be up to me to make it as effective as possible.”

“If the factories guarantee me that they will pay me that price, I will have something to work with, but as of now, I am working blind,” said the desiccated farmer.