British photographer Levon Biss worked tirelessly for three years to capture every feather, feature and fiber of rare insects from the collection of the American Museum of Natural History. Known for his ability to bring out their beauty through macro photography, Biss’s meticulous method of photographing specimens Extinct and endangered exhibition. This ongoing exhibit at the American Museum of Natural History showcases all 40 of Biss’s photographs and encourages the public to gain a new appreciation for these insects.

Because Biss spent weeks photographing each part of the specimen, each photograph uses more than 10,000 individual images. Insects distinguished by conservation status, habitat and order tell the story of the fragile state of the world’s insect populations. Despite their vital importance to humans, insects are often underestimated and misunderstood. And unfortunately, this can cause great damage to insects that play an important role in the ecosystem.

By highlighting their diversity and allowing the public to drink in the rich detail of these insects, Biss hopes to use his artistic skills to effect change. We had the opportunity to speak with Biss about why insects inspire him, how he photographs the specimens, and what the public can do to change the fate of these insects. Read on for My Modern Met’s exclusive interview and see all the pictures Extinct and endangered website. 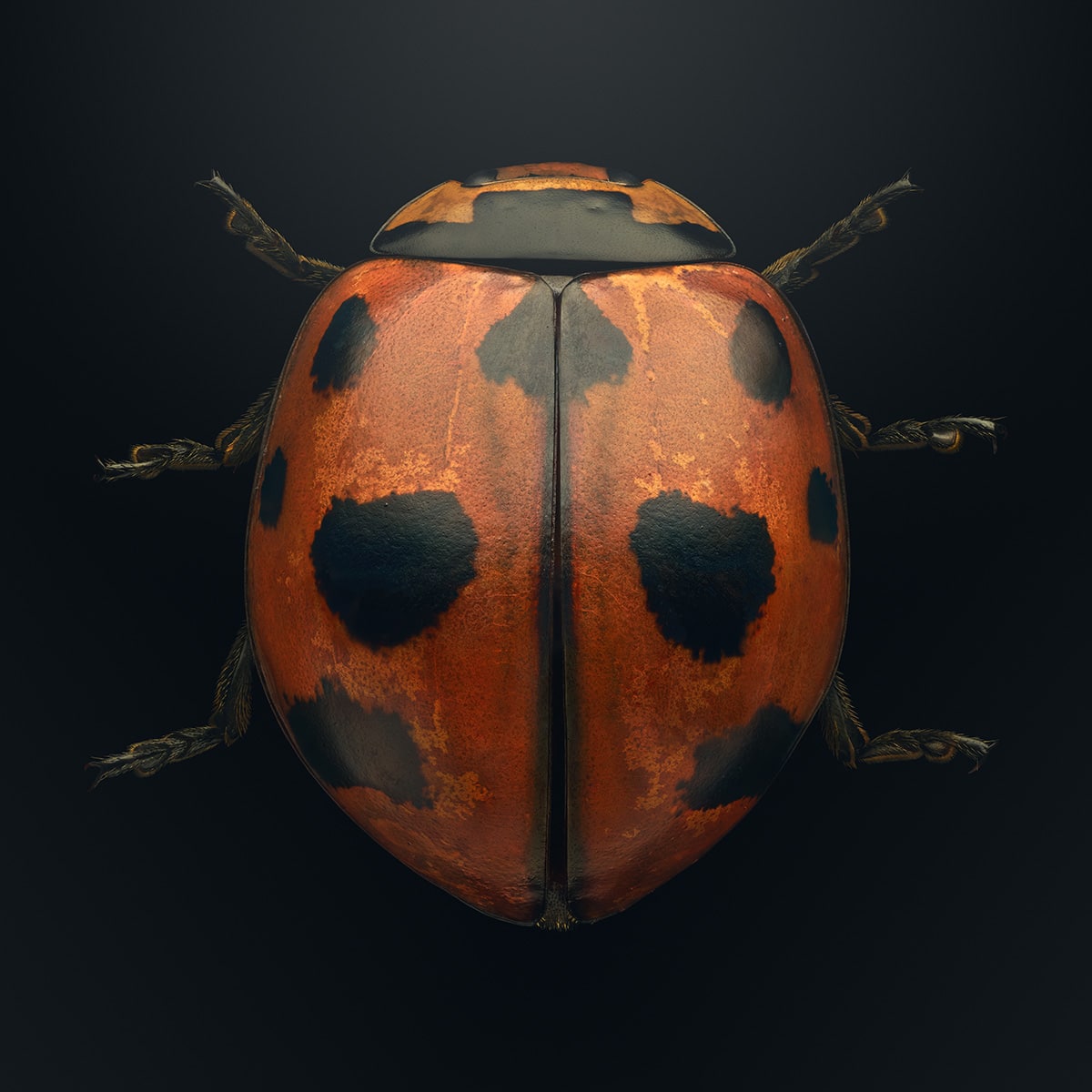 I know you were first drawn to macro photography after your son found a bug in the yard and looked at it under a microscope. Can you share what that moment felt like when you watched it and how that translated into what you’re doing now?

I remember very clearly the first time I looked at an insect under a microscope. I had the feeling of entering a whole new world. I was looking at something for the first time and it was complex and mechanical and beautiful. I felt like I had opened a treasure chest of photographic material and couldn’t wait to explore the insect world further. It amazes me that ten years later, I still feel the same way today. I continue to be inspired by insects for many reasons. They are visually interesting, functional and diverse in design. These are many things, but each new bug I draw teaches me more. 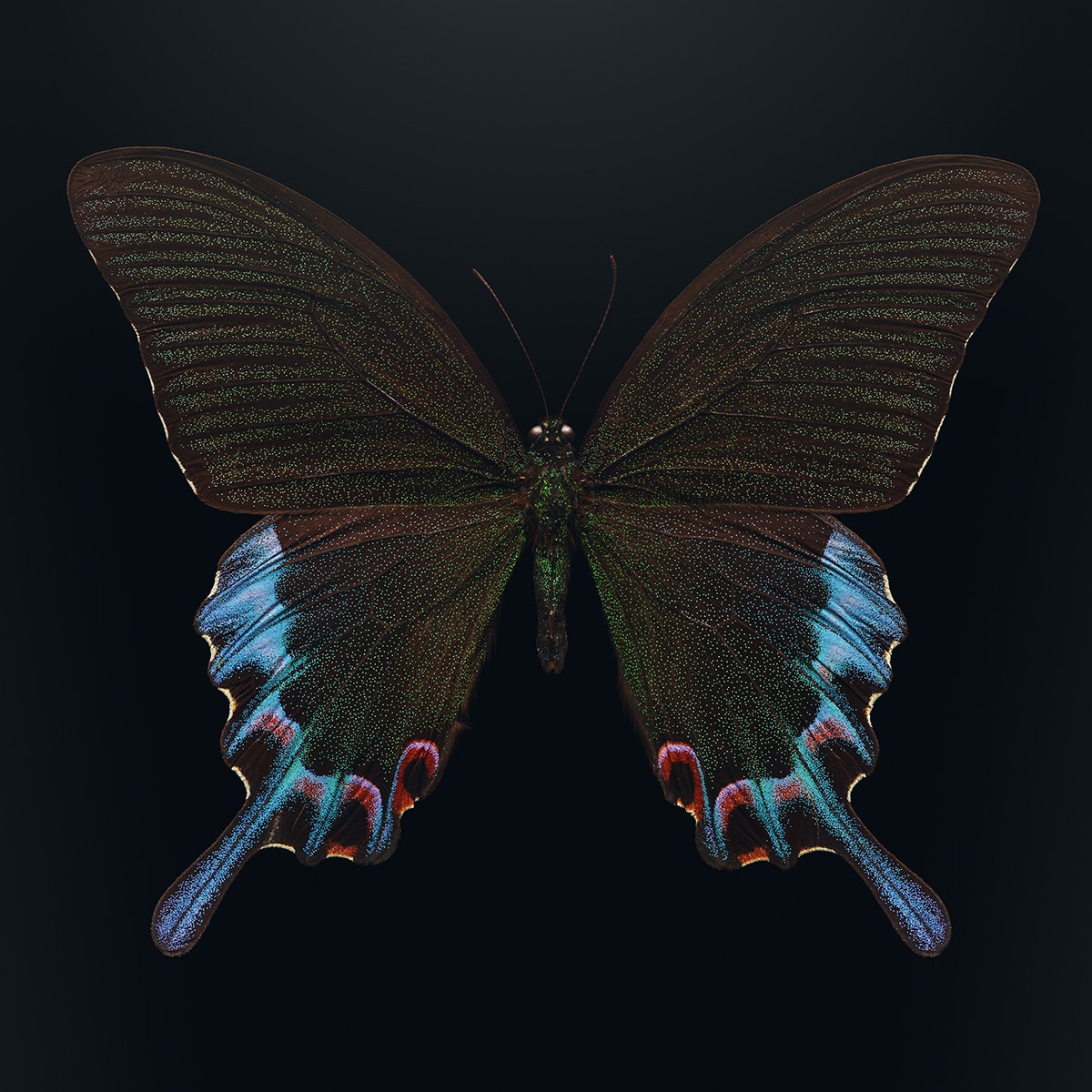 Has conservation always fascinated you, or has it evolved along with your macro photography?

I would say that the conservation side of my work has certainly evolved and become more prominent since I started photographing insects. When you spend almost every waking hour photographing insects, it tends to take over your world; when these insects are threatened by human influence, it makes sense to focus your work on the issues of insect decline and biodiversity loss. Insects don’t get the attention or protection they deserve, especially compared to mammals. I have a skill set that allows me to communicate through photography. Therefore, my duty is to help communicate these issues to the general public. 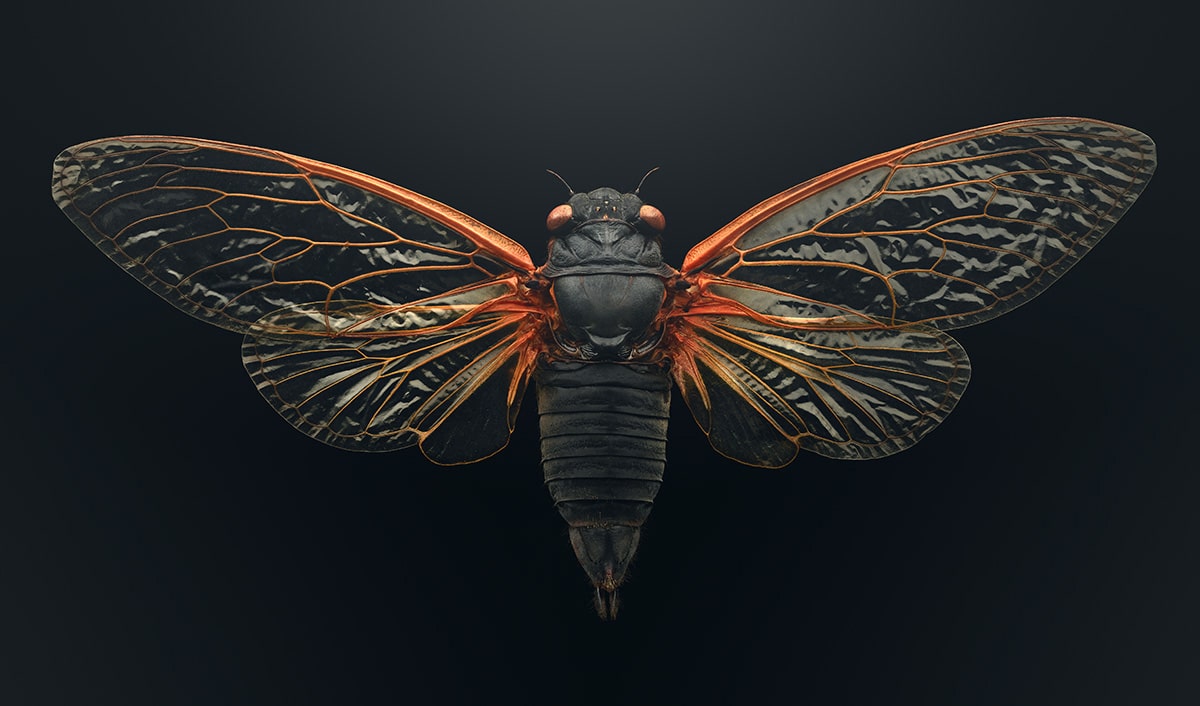 for Extinct and endangered, the species you photograph are selected from the extensive collection of the American Museum of Natural History. How did you choose what to paint?

Specimens photographed for Extinct and endangered selected according to their rank, conservation status and geographical location. Most of the specimens are critically endangered, some are already extinct – they have disappeared from this planet forever. However, there are some examples of breeding programs attempting to restore populations of endangered species, such as the Lord Howe Island stick beetle. These programs promote that endangered species can be brought back from the outside. 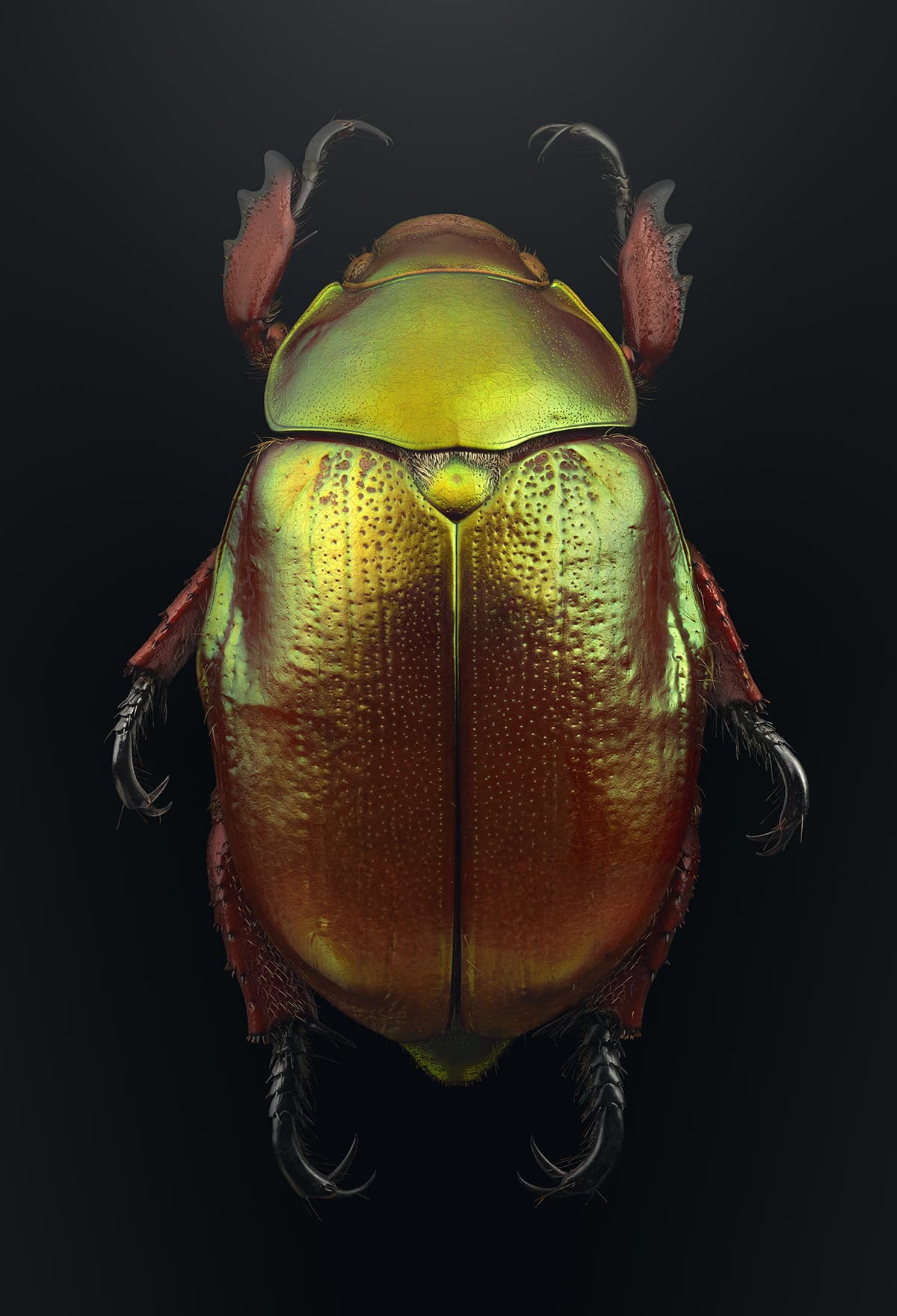 What surprises you the most when you start photographing these insects?

Diversity is the most striking thing about insects to me. They adapt very well to their particular environment, creating a whole spectrum of visual interest, which is an ideal scenario as a photographer. Every insect I photograph shows me something I haven’t seen before, whether it’s a different type of hair or an unusual design of mouthparts. I photograph at a level of magnification invisible to the human eye; in fact it is far beyond that. So everything I draw is new to me and it keeps me interested and motivated to learn more. 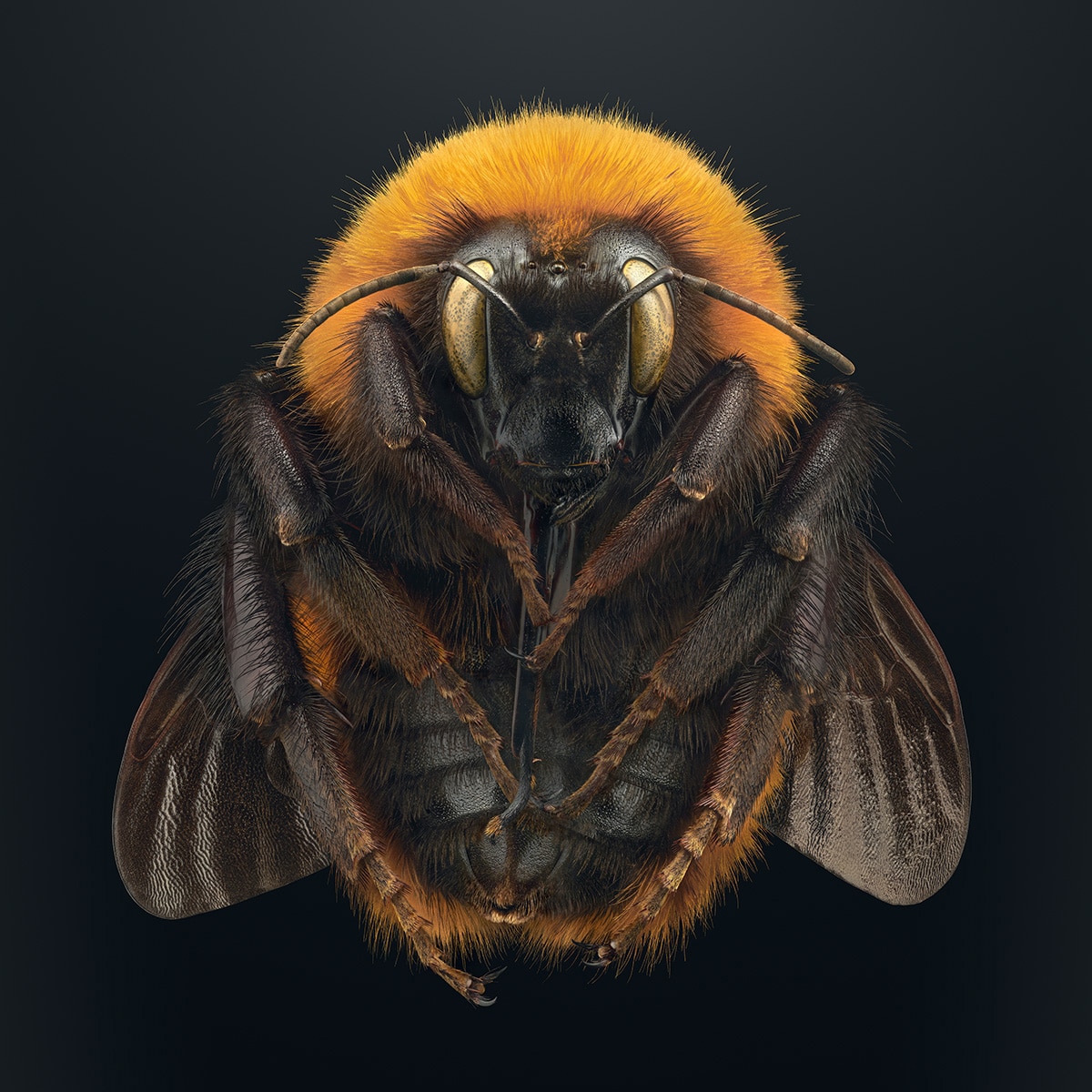 Can you walk us through your setup to photograph these bugs and how long does it take to get to the final product?

Photographs of insects are taken on a custom camera setup using microscope lenses. Each image is created from over 10,000 individual photos and takes three weeks to create. When you shoot at high magnification, there is very little of the image in focus, and so to create a fully focused image from the front, we need to take multiple images, each with a small slice of focus, and compress them together. back.

I will also split the insect into many different parts and shoot them separately, changing the lighting of each part to make it look as good as possible. For example, the lighting of the eye will be completely different from the wing, because it is a different shape, reflectivity and opacity. The lighting technique used depends on the qualities of the area of ​​the insect body being photographed. 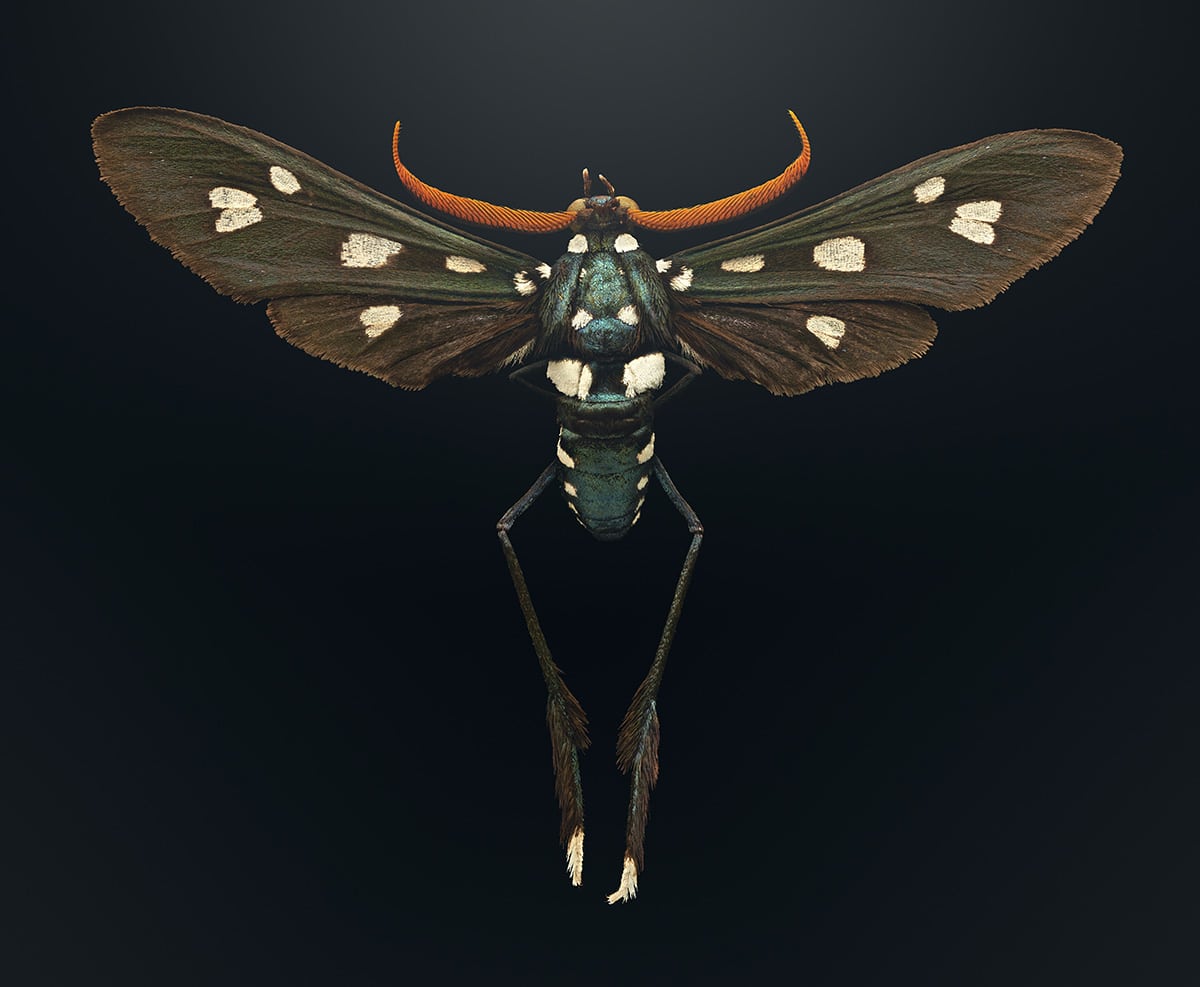 What has been the most rewarding part of putting this show together?

The most exciting part is seeing the children engage with the photography and the accompanying scientific text. They are interested in giant insects and experiencing something for the first time. The exhibition is certainly entertaining, but the photographs are also an educational tool. I would consider the project a success if children who view the piece in the museum and on the Internet learn a little more about the importance of insects. They are the next decision makers in society, and the more we can help them appreciate nature, the better. 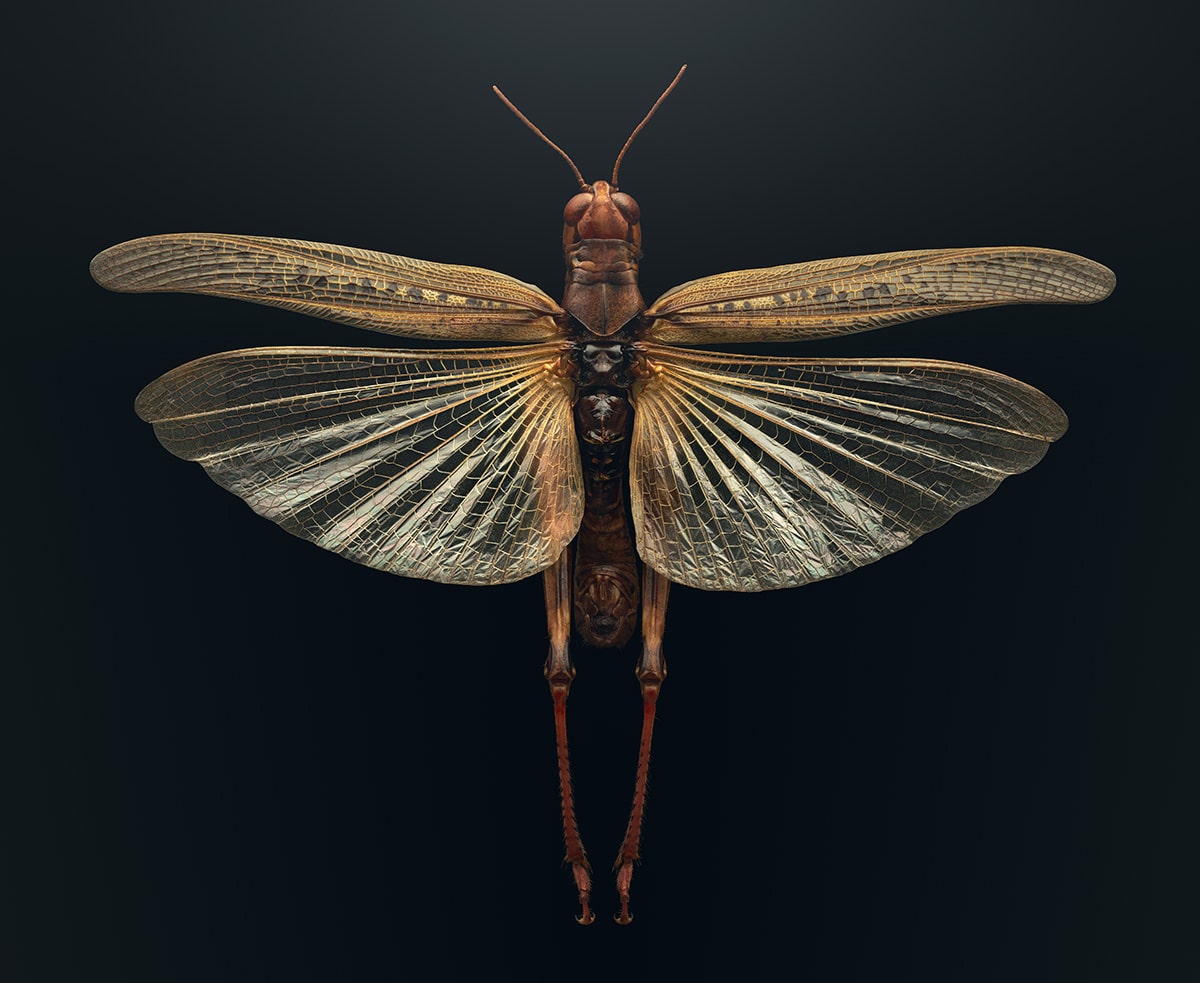 How do you hope this work can break existing stereotypes about insects?

We need to move away from the stereotypical way of thinking that insects are bad or negative. In fact, there are very few species of insects on this planet that can do us any real harm, yet they are treated and portrayed as threats or threats. They are the complete opposite. Insects do a lot of positive things for us humans, but it gets overlooked. They pollinate our crops to provide us with food, break down organic materials, recycle nutrients in our soil….the list goes on. People need bugs more than insects need people, and I think we need to understand that. We should celebrate them, not portray them as bad people. 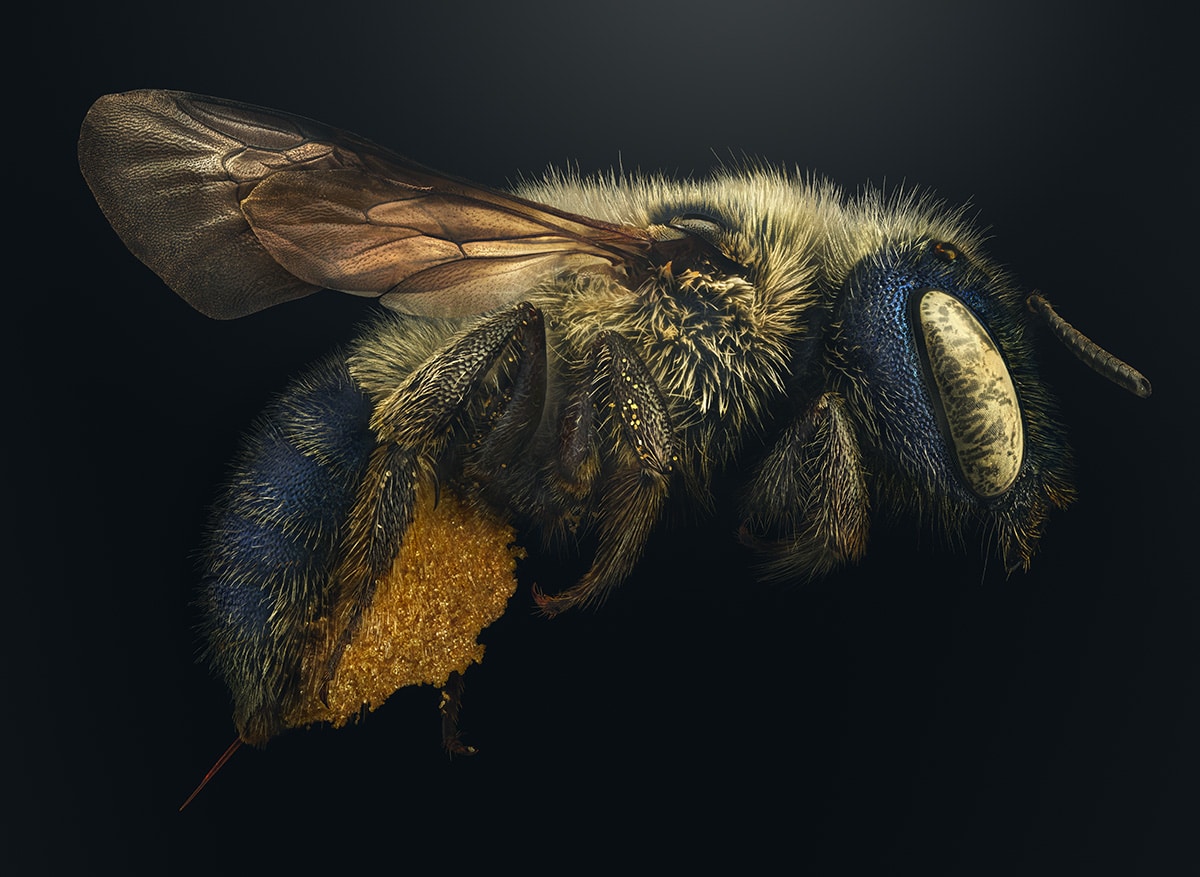 What can we, as ordinary people, do to ensure that these species survive and thrive again?

The login page has useful information Extinct and endangered website. There are many reasons for the decline in insect numbers: from habitat loss to climate change, from pesticides to fertilizers. From a societal perspective, simple changes like growing more wildflowers in your yard or turning off lights at night can help. However, it’s important to lobby the people in charge, whether it’s your councilor or your governor, whichever politician is available to you. Encourage them to protect wild places, the benefits of which we all share, regardless of our political beliefs. 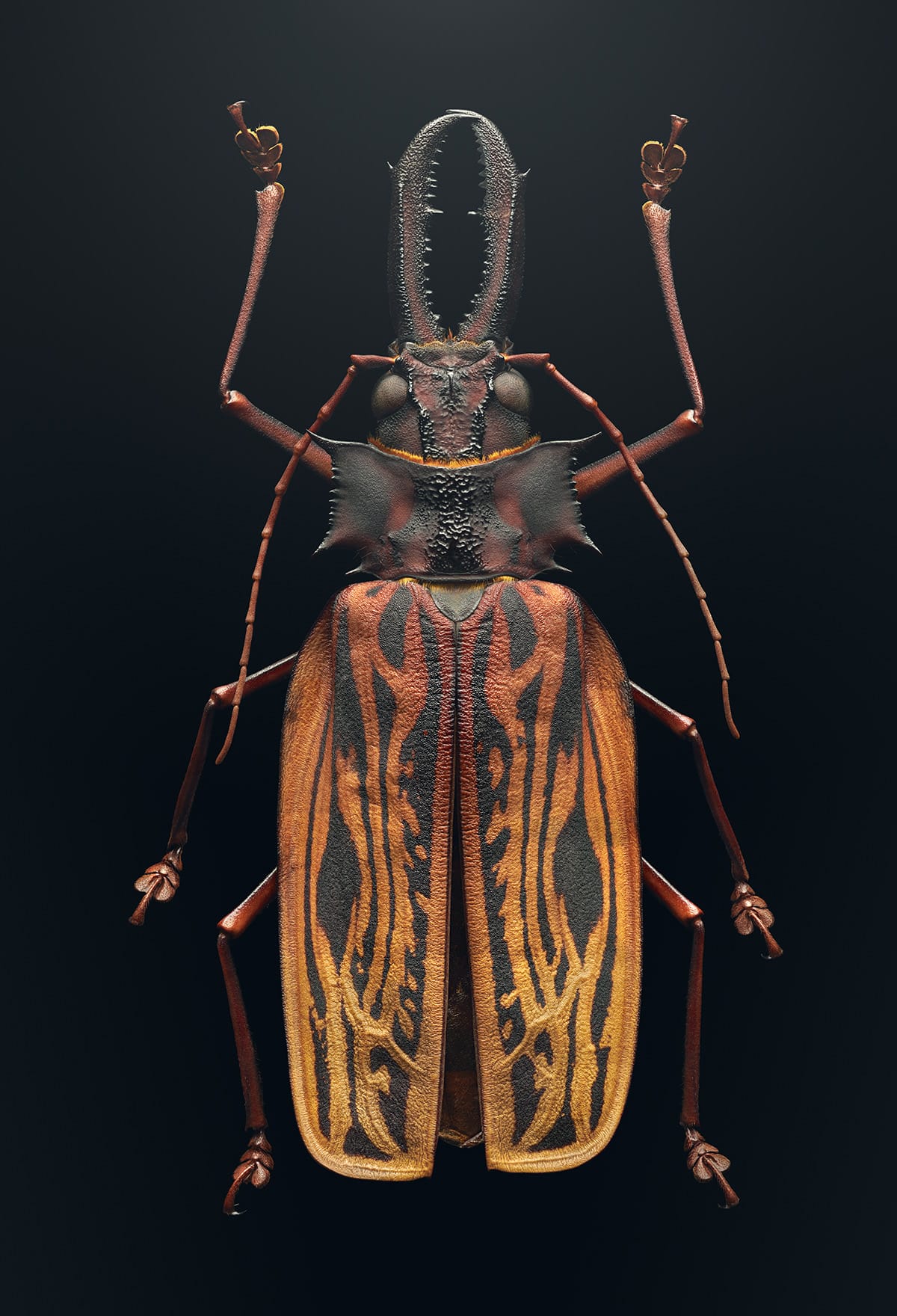 My Modern Met has given permission to display photographs by Levon Biss.

Macro Photography Captures the Fascinating Symmetry and Beauty of Insects