Ten patrol dog teams and one detector dog team graduated at a ceremony last week, including four who were unable to take leave in May due to COVID restrictions.

The teams’ experience ranged from first-timers to veterans on their ninth dog — “we literally have generations of police officers,” Assistant Commissioner Tusha Penny told the gathering.

“A lot of people don’t understand the stress, hard work and commitment that goes into training a dog to be an operational police dog,” he says.

He acknowledged the mentoring role of more experienced administrators and the guidance and reassurance they provide to colleagues on the police frontline.

“Some time ago, 1,300 frontline workers were interviewed and one of the things that came out was how valuable our frontline dog handlers are. Our PST staff feel safer and more confident when you are there. Take this as a compliment to all of you for the work you are doing.”

He says the Dogs division is going through exciting but challenging times. “I am truly committed to making sure our dogs, handlers and dog teams are fit for purpose for the future.

Tusha, representing Commissioner Andrew Koster, acknowledged the diverse audience and “someone incredibly special”, including the Auckland women’s football team, politician and former police dog handler Mark Mitchell, who were invited by the administrators.

It was Natalia Manton of New Plymouth, who was so moved after seeing reports of police dog injuries that she made and sold dog treats to support the Canine Unit through the Police Canine Foundation. He raised $3,000.

“This is incredible and thank you so much,” Tusha told Natalya.

“While we’re talking about the effect of police and dogs… I think you sum it up, Natalya.

“There’s somebody sitting in their house who saw that one of our really special members of our dog was injured and did something about it, so thank you.”

Addressing the canine teams, he echoed Todd’s comments about the reassurance they provide to their colleagues on the front lines.

Tusha compared the “spearhead” work of dog teams in fighting crime with their work in the community, such as visits to schools and hospitals.

“Keep going into our communities, keep going into the schools and see the kids’ faces when they see you and your canine partners… see how much they trust you.”

Recognizing the leaders individually, he paid special tribute to Chief Constable Hamish Todd, who has dedicated a 35-year career to frontline policing and admitted he would hate to be elected.

“It deserves a lot of respect – our veteran police officers who are committed to the frontline and are frontline specialists. My friend – thank you very much. You are incredible.”

Workers and their dogs: 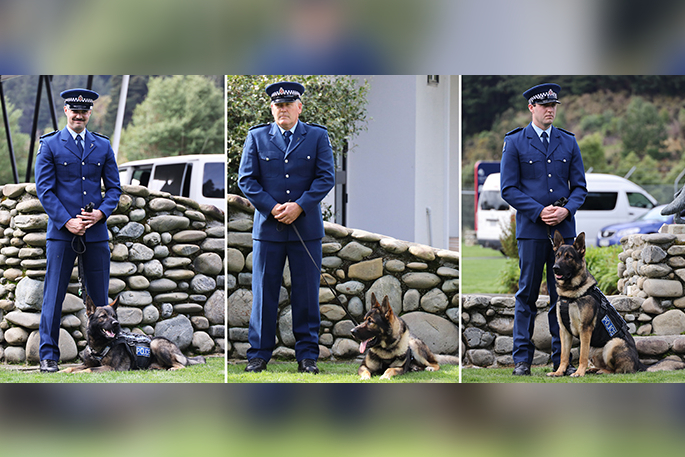 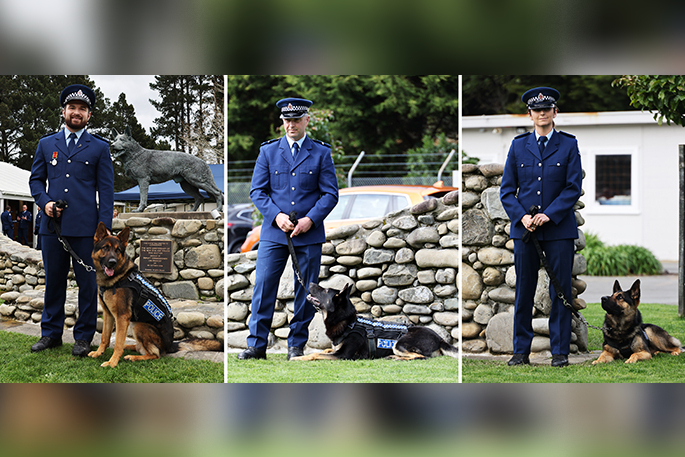 The two-year-old patrol dog is Chip Scott’s first operative dog. He previously raised Lycan, a police dog that now operates in the Waikato. 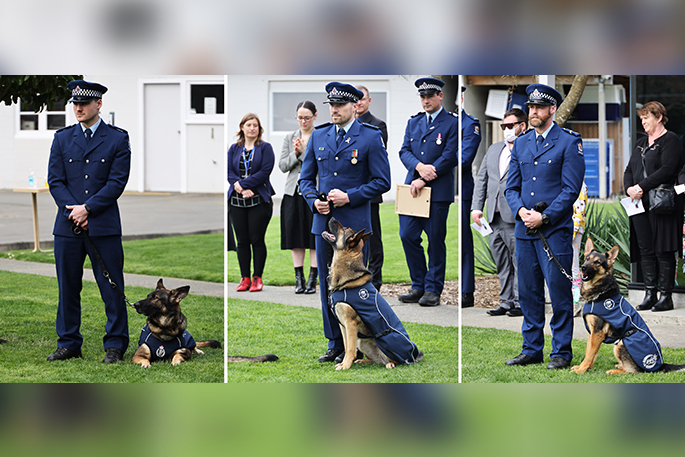 Manaia, a four-year-old patrol dog, is Jordan’s first operational dog. He previously assisted Acure, which graduated with Tony Willetts, and Jago, which now operates in Wellington. 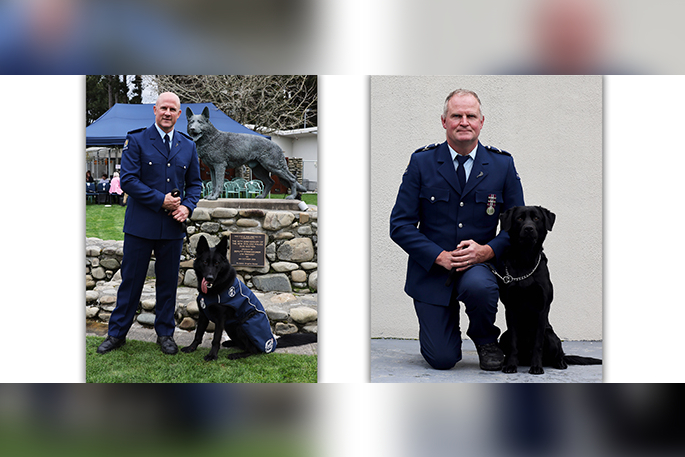 Stu has a third operative dog in Denzo, a 21-month-old patrol dog. He briefly ran two operative dogs before taking over Denzo in June 2021.