The caliber of farmers shortlisted for Dairy Farmer of the Year at our West Cork Farming Awards was quite impressive.

Awards, administered by Southern star and The Celtic Ross Hotel, together with ifac, celebrates the people, families, businesses and organizations involved in farming across West Cork.

The awards also promote and promote West Cork farming locally, nationally and internationally and they recognize the outstanding contribution the agricultural sector makes to our region.

Since its inception in 2015, the awards have been strengthened with entries from across the West Cork region and across all categories including young farmers, dairy and dryland farmers.

The awards also celebrate farming families and those who diversify their farms into other new and innovative businesses.

We are delighted to reveal three dairy farmer finalists this week.

They are: Ronald Shorten, Woodfield, Clonakilty; Gerard McCarthy, Old Head and George Deane, Skibbereen, each impressed our judges with their attention to detail, ongoing expertise and commitment to constantly strive forward.

Other finalists to be announced in The Southern Star from next week are:

All finalists and their families will be invited to a gala awards ceremony on Friday 7 October at the Celtic Ross Hotel, Rosscarbery, where category winners will be presented with a specially designed trophy and certificate.

IFA President Tim Cullinan will be the guest of honor at the event.

DAIRY FINALIST OF THE YEAR – Sponsored by AIB

Installing a wind turbine on his farm in Woodfield, Clonakilty, nearly a decade ago to generate green energy is an example of how forward-thinking dairy farmer Ronald Shorten is.

But there is more. Ronald would describe himself as always embracing new farming approaches since the eighties. His approach is to constantly look forward and not stand still.

“Agriculture is constantly evolving, and we want to evolve with it as science changes,” he said.

Lisavaird Co-op supplier Ronald and his son Brian are the third and fourth generations to farm the land bought by Ronald’s grandfather in the 1930s.

The family, consisting of Ronald and Brian, Ronald’s wife Betty and Brian’s brothers Mark and Andrew, milk 120 cows on 173 hectares and produce an average of 592 kg of milk per cow.

Sustainability is at the heart of everything they do and they are part of the Carbery Monitor programme.

“It’s all about working with nature here,” Ronald said.

In keeping with their openness to trying new things, they recently added “bugs” to their slurry to increase the value of the fertilizer and make it easier to manage, which has been a success.

“We’re always learning as we go,” he said, and they’re also looking at investing in a GPS fertilizer spreader to reduce waste.

“Everyone in the agricultural sector needs to come together as a team to manage sustainability,” he said.

However, he feels frustrated that agricultural emissions budgets are set without full knowledge of important research being carried out, including a project investigating methane emissions at Moorepark.

“I feel the solutions lie in moving away from fossil fuels and onshore wind generation,” he said.

“We export the rest of that to the national grid,” he said. For the last few

For years, he has used 100% sex-matched semen from breeding stock to create high-value female replacements.

“Every cow in calf during the last breeding season receives sexed straw and as a result, this means we produce our highest producing animals.

Shortcuts are no strangers to winning awards.

They won the 2020 Carbery Milk Quality and Sustainability Award.

But Ronald said it was encouraging to be nominated in this category.

“It’s great to be recognized for what you do because it helps you push,” she said. 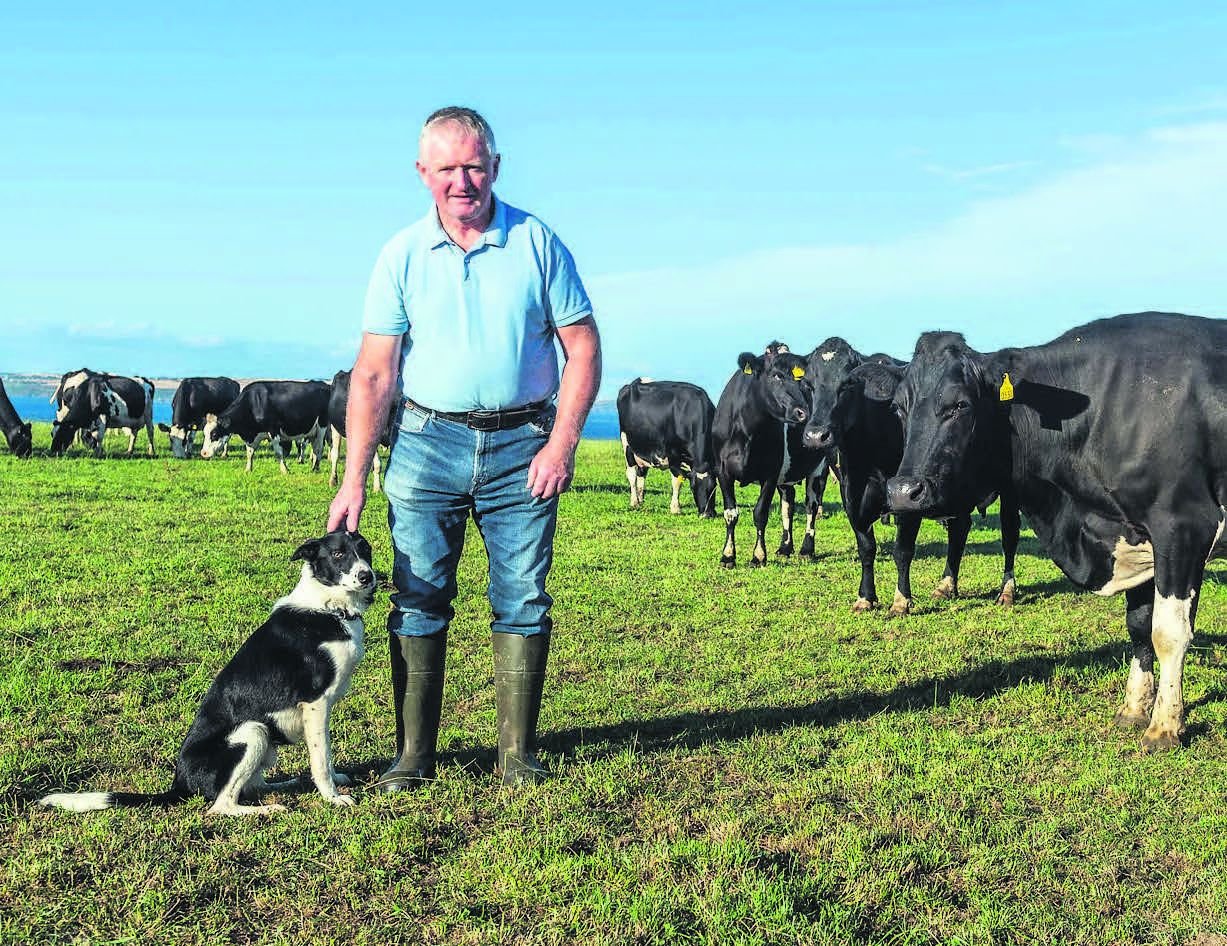 GERARD McCarthy has built his agricultural enterprise at Old Head Kinsale on solid foundations over the past three decades.

Gerard spends about 28 hours a week on construction work – home renovations, extensions, carpentry and plastering – and the rest of his time on his farm.

“My cows are my number one,” said Gerard, who farms in Ballymackean with his wife Anna, a former nurse, with their son Stephen.

The couple started farming in this picturesque place in 1984.

At the time, the farm was used to grow sugar beets, barley and a small beef operation.

But Gerard, who came from a dairy farm, was always eager to get back to milking. In 1990, a new one was allocated to them

entrant has a quota of 10,000 gallons and they have never looked back.

“We started milking 13 cows in an old cowshed with three buckets,” he recalls.

“We upgraded over the years and by 2013 we had 10 units with cans. In 2020, with Stephen on board, we again upgraded to a 12-unit fast-flow commander. Then in 2020 we built a purpose-built calf rearing house with an automatic feeder, which greatly improved calf welfare and reduced workload.”

Being able to do most of the construction work myself meant significant savings.

Today, he milks about 75 cows, owns 40 hectares and rents another 33 hectares. Gerard and Anne are the parents of four children: Steven (36), Gearoid (34) in Australia; Shane (32) and Ailis (27). They are also grandparents of three children and are very aware of the role they have to play in protecting the land for future generations.

‘There is only one earth – there is no underground. To solve this, we only spread the reserved urea on land and all the cuttings are spread by trailing shoe tanker. We also apply lime when needed and use soil sampling and regularly plant seeds, plant trees and use white clover,” Gerard said.

All this is paying off – his cows are currently producing 7,044 liters of milk and 566 kilograms of solids from 1.5 tons of feed.

He is also a board member of Barryroe Co-op and Shinagh dairy farm, of which he is a former chairman.

Gerard said that everything they do on the farm has to be 110%.

She admits that both she and Steven are perfectionists (they usually take three weeks to choose their families), but they learn from each other.

It’s not the first time he’s been highlighted for his work – he won Barryroe’s Quality Dairy Supplier of the Year award in 2013, and being a finalist in that category is, he says, “a huge honour”. 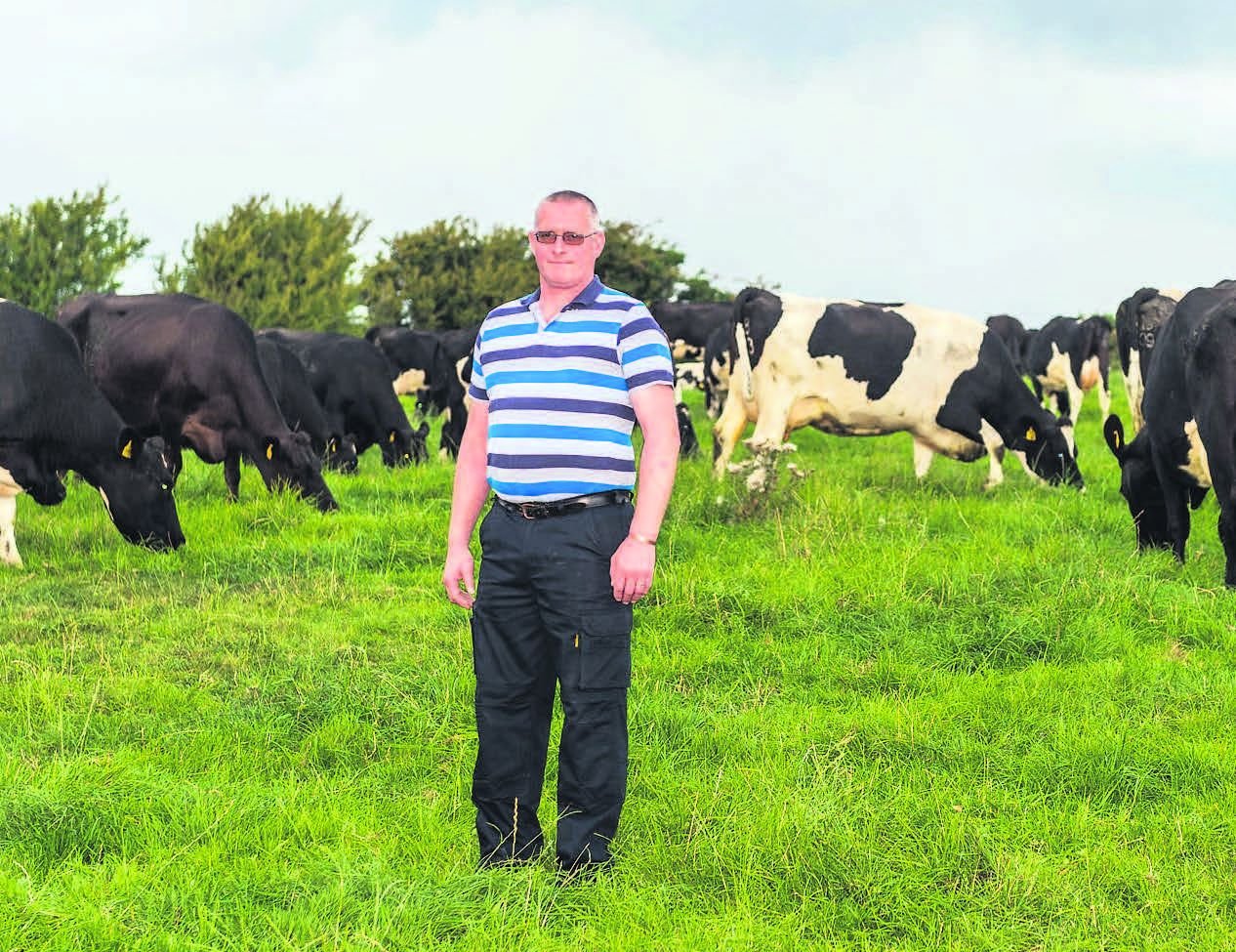 Ever since George Deane started working on his family’s farm at the age of 16, he has steadily driven the operation forward, and the results are evident.

He wanted to get into farming and he got on board in 2002 on a third generation farm in Bunalawn, Skibbereen.

Back in 2008, George was securing the future of the business by investing in animal housing facilities.

He built a cow shed, a silage pit and an above-ground circular tower for slurry storage.

This was followed in 2017 with a major development of the main Drimoleague to Skibbereen road underpass, which George described as “vital”.

With a constant focus on improving milk quality, he started crossbreeding 10 years ago, which helped him increase productivity to 489 KG/MS in 2020 and 480 KG/MS in 2021.

For the past two years, he has been using pedigreed semen for his best cows and heifers, as well as high-milk beef index bulls in the rest of his cows.

Soil fertility is another big emphasis of his – again with milk quality in mind – and he has spread 700 tonnes of lime on his farm and re-spread it all over the past decade. George Drinagh was a Grass10 monitor farmer who has been measuring grass for years and says he has really seen the benefits.

When it comes to using LESS, which he has been working with since 2010, he has also been at the forefront of using protected urea for the past four years.

Up to 10% of the farm area is reseeded each year and then white clover is added as an important part of the grass cover. It has also resurfaced several km of track on the farm to increase the number of days on grass with more watering holes, more wet weather paddocks as well as increased access and points available on each paddock.

Being nominated in the Dairy Farmer of the Year category is ‘great recognition’, he says.

Despite the emissions challenges facing the sector, he remains bullish on the future of agriculture.

“I see a positive future for the sector,” he said.

“There’s a lot of change coming our way and it’s a challenge, but we’re up for the challenge.”

He could not imagine doing anything but farming.

“It’s a wonderful lifestyle,” he said.

Why we support West Cork farming

West Cork Farming Awards showcasing and profiling the best farming in West Cork. Agriculture is and will continue to be an important part of our business at ADB. This is our largest SME sector for new loans in our branches.

In Cork alone, agri accounts for over 40% of our lending to SME customers through our branches, and the figure is even higher for some of our individual branches, particularly our rural branches.

A lot has changed in the sector since the last West Cork Farming Awards and even since the start of the year. Input costs remain high, but thankfully the output price of most rural commodities remains high by historical standards, particularly in the dairy sector where prices are at record levels.

If the same trajectory continues, we expect margins in most sectors to be maintained at or before 2021 levels, which in itself has been a fairly good year for Irish farmers.

Looking to the medium and long term, a new Cap Strategic Plan will be introduced in 2023, with significant changes to the nitrates action plan and a 25% emissions reduction target for the sector by 2030. .

What we at AIB know from serving the agricultural sector for many years is that farmers and indeed the sector are very resilient.

Farmers want to produce quality, safe, traceable, sustainable food, and they want to do more for the environment, reduce their emissions and be more carbon efficient. What they need is the technology, support and direction to make it happen.

We know that we are in a period of significant change and that there will be challenges ahead, and I would like to take this opportunity to reaffirm IBA’s position in the agricultural market. Pain is and will continue to be an important part of our business.