A honey business headquartered in the small town of Taung in South Africa’s North West province is on a mission to build and distribute one million hives to replenish dwindling bee colonies and strengthen rural communities.

Due to intensive agricultural practices, land use change, mono-cropping, pesticides and high temperatures associated with climate change, the world’s bee population is declining. According to the Food and Agriculture Organization of the United Nations (FAO UN), current species extinction rates are 100 to 1,000 times higher than normal due to human impacts.

The death of this bee threatens to strengthen food security. According to the US Food and Drug Administration (FDA), about one-third of all foods eaten are based on products pollinated by honey bees.

Home to towering acacia trees, South Africa’s North West countryside is traditionally filled with the sound of honeybees. The area has a rich local history of beekeeping and honey collecting.

Lesego Holzapfel, founder of Bee Loved Honey, said during South Africa’s strict lockdown and alcohol ban, these local beekeepers in and around Taung, having an innate knowledge of honey harvesting, turned to mead production.

“These local beekeepers in the countryside can tell you exactly where the bees are [and] where is the honey,” Holzapfel said, adding that knowledge passed down from generation to generation is extremely valuable to society.

“But their scoring methods have been terrible for the environment.”

Because there is no sophisticated equipment to safely harvest honey from wild hives, these local beekeepers often resort to burning the surrounding area with smoke-sedating bees. In the process, these fires sometimes get out of control, destroying vegetation and bee colonies.

Bee Loved Honey uses very different methods of harvesting honey, with a focus on caring for the bees and protecting the environment. As part of Holzapfel’s mission to produce pure honey for sale, create jobs and increase bee colonies, these techniques are taught through training sessions to both unemployed youth and older local beekeepers in rural areas.

Holzapfel grew up in the village of Taung and was educated at the London School of Economics and Political Science and the City College of New York. He returned to his hometown in 2012 with a vision to uplift rural communities through proper education and innovative entrepreneurship. His original goal was to transform communities through agriculture, providing beekeeping as a secondary source of income for farmers waiting to harvest their crops. But as Holzapfel explored the challenges and opportunities in South Africa’s honey industry, the beekeeping element grew.

“I was disappointed to learn that the number of beekeepers in the country is declining, and that part of that is due to the mixed flow of honey that crosses our borders and forces beekeepers out of business,” Holzapfel said.

“Also, South Africa is a net importer of honey. As a country, we only have a production capacity of 2,000 tonnes. [and] the country consumes more than 5,000 tons, and what’s more alarming is that more than 5,000 tons they consume is not real honey, but mixed honey.” 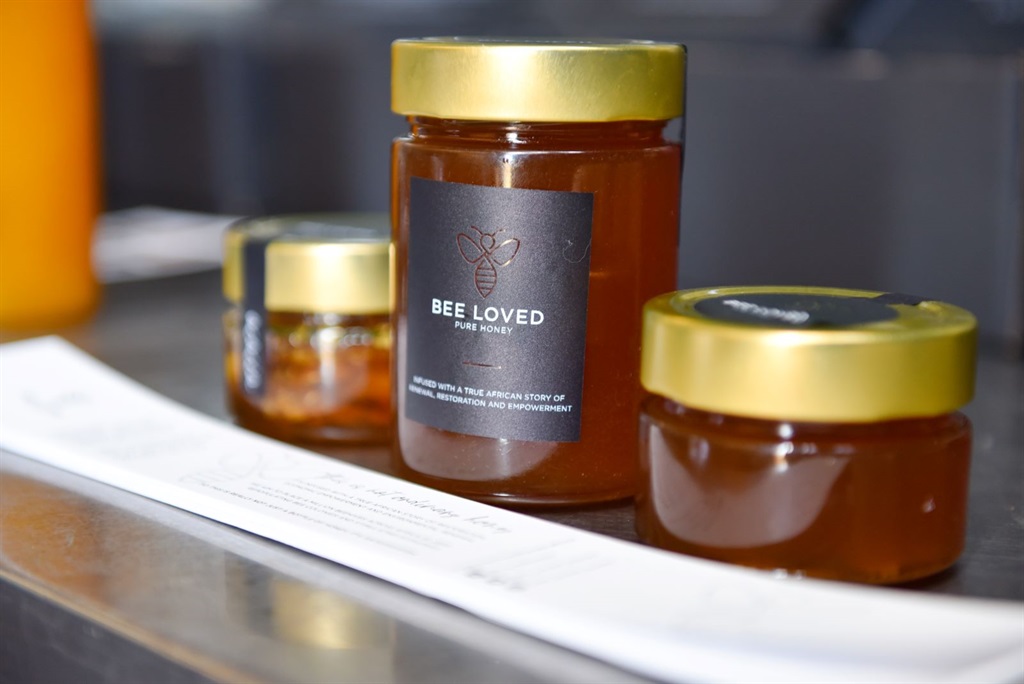 Holzapfel turned his attention to honey in 2017 and built a factory in Taung three years later. Here, Bee Loved Honey produces beehives and packages for sale online and at selected outlets such as Oranjezicht City Farm Market in Cape Town.

The beehives, which cost Rs 1,200 each, are either bought or sponsored by village youth interested in beekeeping and smallholder farmers. Bee Loved Honey provides training and also wholesales contracts with rural beekeepers for the honey produced in these hives, which is packaged and returned to the Taung factory for sale. To date, Bee Loved Honey has placed more than 600 hives and harvested more than seven tons of honey. This brand of honey recently received FDA approval and is now kosher certified. With this, Holzapfel is keeping a close eye on the export market, looking to create a proudly South African brand that is respected by overseas consumers for its superior taste and sustainable purchasing practices.

“We will soon be exporting to the US. Our whole idea is to take a high quality African product [and] To change the narrative about products from Africa, putting them on the shelves of retailers in the United States,” said Holzapfel. While exports are the focus for Holzapfel, Bee Loved Honey has a more ambitious goal: to produce and distribute one million beehives in Africa by 2025. This, according to Holzapfel, will not only strengthen rural communities and fight unemployment, but also play a big role. In addition to overall food security in Africa, it plays an important role in preventing the decline of bee populations.

“The idea is that we are training the next generation of African beekeepers. So these are the people who will then take care of our bees and then take care of the environment, because if our bees continue to decline rapidly. [that] they are [currently] going down, we have a problem, especially in terms of food safety,” Holzapfel said.