What could be more natural than the organically grown Golden Promise barley used to make craft brewed pale ale?

As one craft brewer boasts:

The Golden Promise malt featured in this pale ale is an early spring barley from Scotland. It has a very clean sweetness and a prominent biscuit flavor perfect for UK-style pale ales with rich and malty flavor profiles.

Golden Promise was produced in 1965 by irradiating barley seeds with gamma rays of Cobalt 60 isotopes supplied to a for-profit plant breeding firm by the Harwell Atomic Energy Research Facility.

This was one of the first fruits of this new high-tech approach to messing up the genomes of plants, disrupting their DNA in random ways in the hope of randomly creating valuable new forms of variation. About 2,500 varieties of crops have been bred by this method, known as “mutational selection”.

However, the Golden Promise is considered “natural”. Indeed, it is a favorite among organic farmers.

In contrast, consider the example of genetically modified Bt corn.

This variety of corn has never been anywhere near a nuclear plant, but it has inserted into it an all-natural gene derived from an all-naturally occurring bacterium called Bacillus thuringiensis—a bacterium that has actually been used as a crop protection agent by organic farmers since the 1930s. .

Bt insect resistance is a technology that reduces the need for man-made chemical sprays, instead relying on proteins produced in organisms – certainly a more natural product, and certainly in any normal definition of the word “organic”.

However, organic farmers reject this range of products as unnatural, even though the plant uses the same protein molecules as their sprays, because they say it is not “natural” to have a bacterial gene in a plant.

Actually, this is not true. We now know that horizontal gene transfer occurs naturally between plants and bacteria.

For example, the sweet potato contains a number of genes that have been naturally transferred from Agrobacterium over the past few million years. In this case God played God.

But this was not known when the organic movement set its rules, and they decided that a line was crossed with genetic engineering by using bacteria as pesticides or by irradiating barley with gamma rays. And they have chosen not to change their rules since it became known.

So what are the criteria by which we decide that something has become “unnatural”.

The word “natural” is the single biggest selling point of any food product in a grocery store. It is widely used and there are no rules about when you can or cannot use it. 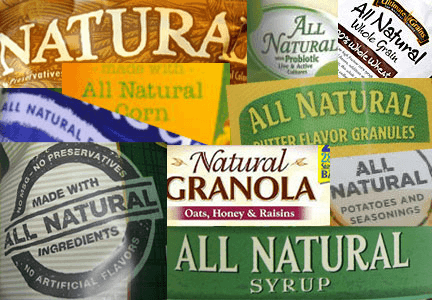 But what does this mean in the context of food?

Does it mean that immunity occurs as a result of a natural, biological process in a living wild organism and then – in which case almost nothing fits?

Does it mean organic? That is, farming, but without chemical fertilizers? In this case, it is a very arbitrary definition.

Does it mean healthy? So low carb, low fat, low sugar or something else? In this situation, you have to face the fact that many natural things are harmful to you – deadly night shadow, destroying angel mushrooms, etc.

Does this mean ethical? That is, it was produced without exploiting anyone or any animal? So why is it natural? Pigeon shot by a farmer is certainly natural meat, but it hardly gets RSPCA approval.

The fact is that there is no single common definition or understanding of the term ‘natural’, as the Nuffield Council for Bioethics concluded in a 2015 review article entitled ‘Reflections on naturalness in public and political debates about science, technology and medicine’. ‘.

Indeed, the Nuffield report found that the diversity and ambiguity of ideas about naturalness means that people talk to each other for different purposes or “speak in the past” – using the same terms with different meanings – and thereby fail to fully understand each other. doesn’t know .

The report warned that “effective communication about science, technology and medical ethics can be hindered rather than helped by appeals to naturalism”.

In a series of recommendations, the Nuffield report recommended that organizations and individuals contributing to public and political debates about science and technology, including politicians, politicians and journalists, avoid using the terms “natural”, “unnatural” and “nature”. convey the values ​​or beliefs that underlie them.

The report also warned that manufacturers and advertisers of food and health products should be cautious about describing a product as “natural” given the ambiguity of the term, and that it is illegal to mislead consumers.

Since the terms “natural” and “organic” have become synonymous and are used more widely in food marketing and advertising since the Nuffield Council on Bioethics produced its report, I will simply conclude with the views of evolutionary biologist Richard Dawkins. letter to the Prince of Wales a few years ago:

Agriculture has always been unnatural. Our species began to diverge from our natural hunter-gatherer lifestyle as early as 10,000 years ago—too short an evolutionary time to measure. Wheat, whether bran or stone, is not a natural food for Homo sapiens. Not even milk, except for children. Almost every morsel of our food has been genetically modified – not by artificial mutation, of course, but by artificial selection, but the end result is the same. A grain of wheat is a genetically modified grass seed, just as a Pekingese is a genetically modified wolf. Are you playing God? We have been playing god for ages!

Matt Ridley is a member of the Science for Sustainable Agriculture advisory group. He is the author of many books on science. He was a journalist and businessman and served nine years in the House of Lords. He lives on a farm in Northumberland. Follow him on Twitter @mattwridley